•“And if we leave the coalition even with ten people, Ruto’s dream can be shuttered and made unrealistic.” 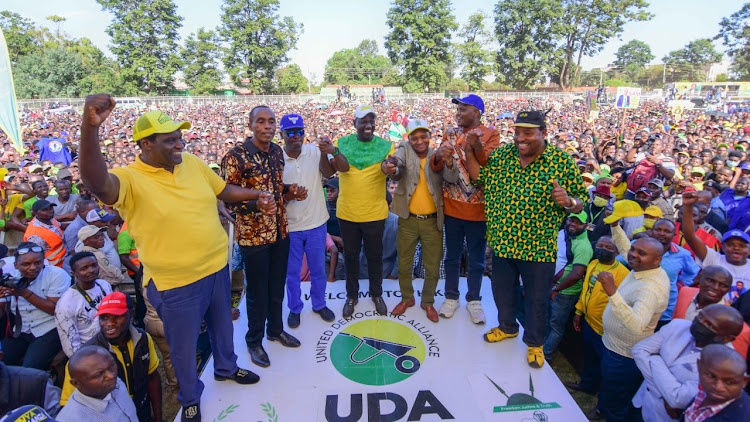 Former Kiambu governor William Kabogo has challenged deputy president William Ruto to publicly declare what the people from the Mt Kenya region stand to benefit if he is elected on August 9.

Kabogo spoke in Thika on Thursday during a campaign tour to popularize his governor bid on the Tujibebe Wakenya ticket.

He was reacting to reports that the Western region led by Musalia Mudavadi and Moses Wetang'ula had already been promised 30 per cent of the government positions if Kenya Kwanza forms the next government.

Kabogo said that he is pushing for the interests of the people of Mt Kenya but not that of his party.

“My party doesn’t need a share from your government but that interest of people from Mt Kenya region must be respected. You can record this video and share it with him (Ruto),” Kabogo said.

Kabogo said the three remaining months before the August polls are enough for a radical shift if the deputy president fails to honour his promises.

“And if we leave the coalition even with ten people, Ruto’s dream can be shuttered and made unrealistic,” Kabogo noted.

He further said that DP Ruto had agreed to develop an economic strategy spelling out how the Mt Kenya region would benefit from his government if he is elected president.

Kabogo said that when he approached Kenya Kwanza, they agreed that any additional money for devolution should be shared according to the population of the counties.

He further warned area senator Kimani Wamatangi, who is eyeing the governor seat on UDA, to rethink his bid.

“Wamatangi should wait. The governor seat requires a serious person who understands the needs of the people on the ground," he said.

MP Mwadime resigns from CPK, to vie as an independent