Petition over LGBTQ students’ education to be heard this month

•The petition on the Right to Education for LGBTQ students in Kenya is set to be heard in court on May 26.

•The National Gay and Lesbian Human Rights Commission (NGLHRC) has now applied to be enjoined as an interested party to the petition. 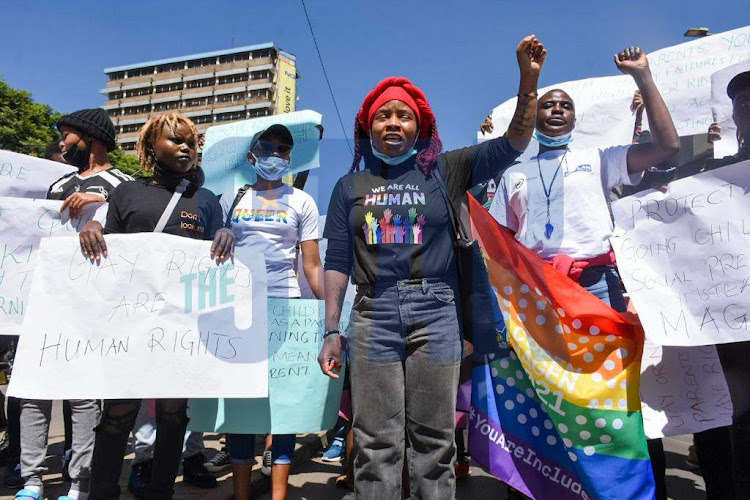 A petition on the Right to Education for LGBTQ students in Kenya is set to be heard in court on May 26.

The petition follows what LGBTQ  lobby groups term as discrimination against students who are presumed to be or identify as LGBTQ.

Education Cabinet Secretary George Magoha had in December 2021 said that LGBTQ students should attend Day Schools instead of boarding schools to avoid interaction with Non-LGBTQ students.

This sparked outrage among lobby groups and LGBTQ community members who took to the streets in protest early this year.

Now, the National Gay and Lesbian Human Rights Commission (NGLHRC) has applied to be enjoined as an interested party to the petition.

The Commission made the announcement in a newsletter detailing their activities and engagements over the month of April.

“The Commission applied to be enjoined as an interested party on Petition 4 of 2022, which speaks to the Right to Education and the best interest of juveniles presumed to be LGBTIQ+,” they said.

They revealed that the matter had been mentioned on April 25 and set to be heard later this month.

The Commission said that the petition was still in its early stages and that they were working to highlight the plight of LGBTQ students.

“The Commission is working with other organisations and partners to show the harmful effects of discrimination against learners based on their real or imputed Sexual Orientation, Gender Identity, and Expression,” they said.

CS Magoha however later clarified his controversial remarks saying that what he said was not a directive for schools to expel LGBTQ students.

"We have no problems with homosexuals who do their business out in the streets. but if you are like the ones we have found, you move from one bed to another, we have proclaimed that those ones shall be day scholars," he said.

However, Lobby groups had already labelled him an enemy of the LGBTQ community.

During their protest, the community demanded that Magoha attend LGBTQ affirming training conducted by LGBTQ  organisations and groups.

"The training will broaden his knowledge of the LGBTQ community and their experiences and lives," they said.

They say police often ignore that violence against LGBTQs could be due to their sexual orientation.
News
2 weeks ago

The movie has sparked objections in some parts of the Middle East, according to media reports.
Sasa
2 weeks ago
“WATCH: The latest videos from the Star”
by SELINA TEYIE
News
12 May 2022 - 22:00