Uhuru said the expressway will be opened on Saturday on trial basis.

•“From Saturday, the expressway will be on use so that we continue to build Nairobi and Kenya as a whole.” 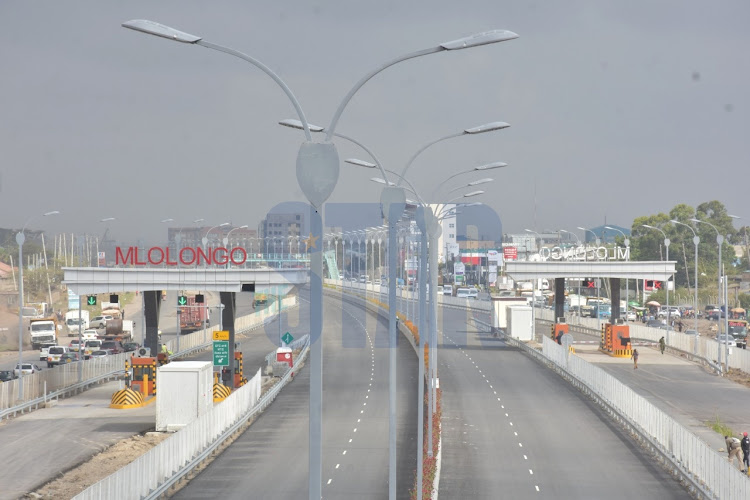 Kenya National Highways Authority says that the trial phase on the Nairobi Expressway will not be free as toll fees will be applied at the point of exit.

There will be three modes of payment for motorists using the Nairobi Expressway, which include; cash, Electronic Toll Collection (ETC) and Manual Toll Collection(MTC).

KeNHA says that motorists who opt for cash are not obligated to register before their trip on the Nairobi Expressway.

On the ETC mode, the service allows toll points to be electronically deducted through the pre-installed On-board Unit (OBU) device, offering a non-stop road service.

For the MTC mode, the motorists will have a card that can be loaded with toll points to be used at toll stations.

"Priorities will be given to ambulances, police vehicles, military vehicles and fire engines," KeNHA added.

President Uhuru Kenyatta announced that the Nairobi Expressway will be opened for public use on Saturday, May 14.

Speaking on Sunday, May 8, during the City Marathon, Uhuru said the expressway will be open for trial.

“We will allow Kenyans to use the expressway so that we see the loopholes that exist before we officially launch it,” he said.

The road is expected to reduce travel time in Nairobi and its environs, especially for those who will use the ETC service.

Last month, the government revised toll rates for the expressway by 16 per cent, meaning that motorists will have to pay more to access the road.

This was done to reflect foreign exchange changes for the dollar-denominated charges, following the weakening of the Kenyan shilling.

The toll rates are set for future adjustments based on not just the prevailing exchange rate, but also changes in the Consumer Price Index. 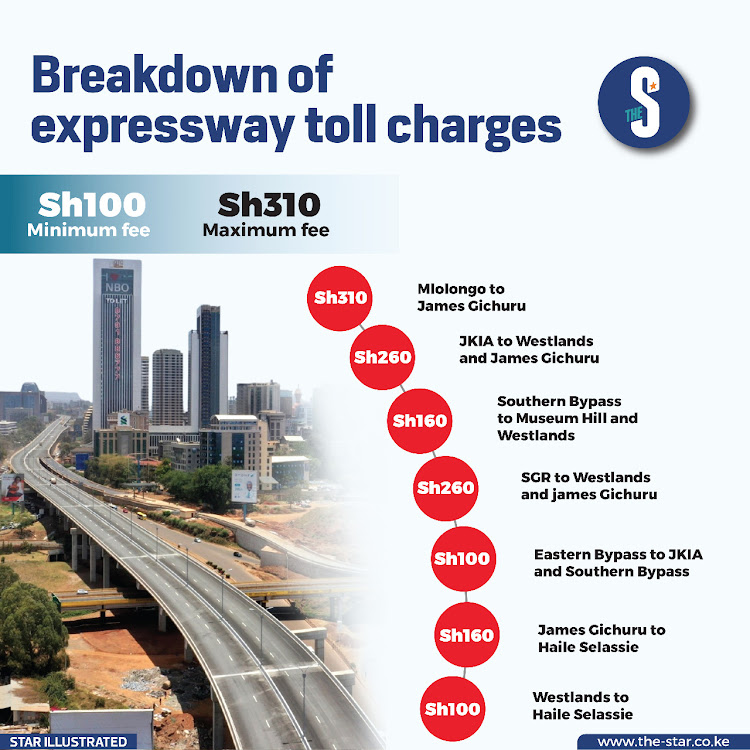 In the new rates, salon cars using the expressway from Mlolongo to the James Gichuru exit in Westlands will pay Sh360 from Sh310.

It will cost motorists Sh300 from Sh260 to use the expressway from the Jomo Kenyatta International Airport to Westlands. This is similar to the Standard Gauge Railway to the Museum Hill interchange.

From the Southern Bypass, motorists will pay Sh180 to JKIA, Sh120 to Eastern Bypass, Sh120 to Capital Centre, Sh180 to Museum Hill, Sh180 to Westlands and Sh240 to James Gichuru.

From Museum Hill to JKIA and Eastern Bypass, motorists will be charged Sh240, Sh300 to Mlolongo and SGR, Sh180 to Southern Bypass and Sh 120 to Capital Centre and Haile Selassie.

It will cost Sh360 from Westlands to JKIA and mlolongo, Sh240 to Eastern Bypass, Sh180 to Southern Bypass and Capital Centre and sh 120 to Museum Hill and Haile Selassie.

From James Gichuru to JKIA and Eastern bypass motorists will pay Sh260, Sh240 to Southern bypass, Sh180 to Capital Centre and Haile Selassie Avenue and Sh120 to museum Hill.

This means a heavy trailer will pay Sh1,800 from Mlolongo to Westlands.

Uhuru said the expressway will be open for trial.
News
1 month ago

Expressway contractor to fix old road at no cost to taxpayer

China Road and Bridge Corporation must replant the 3,000 trees destroyed during the Expressway construction as well as restoring slip roads, ...
Opinion
1 month ago
WATCH: The latest videos from the Star
by PURITY WANGUI
News
12 May 2022 - 09:42