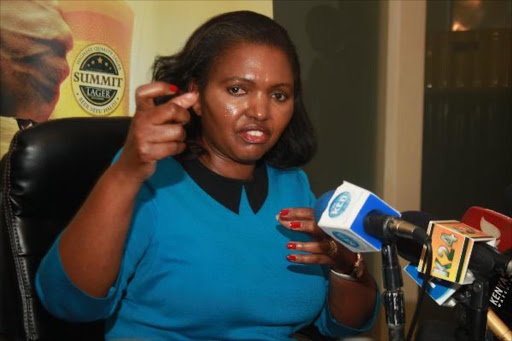 The court was told Joseph Karanja has been unwell and his medical condition is serious.

“Your Honour, Mr Karanja is a senior citizen aged 71, has been unwell and his condition is very serious and complex awaiting surgery," lawyer James Orengo told the court.

"We wish to have his name removed from the charge sheet."

Medical reports tabled in court by Orengo said Karanja was seriously sick and was admitted at Karen Hospital.

The hospital later referred Karanja to the UK where he is currently being treated.

The prosecution did not oppose but admitted that they had received the medical report and needed more time to forward it to the DPP for further direction.

In the case, Tabitha and Karanja have denied ten counts related to tax evasion amounting to Sh14.5 billion.

Tabitha is out on Sh10 million bail or an alternative Sh5 million bond.

Karanja was released on a bond of Sh1 million or in the alternative Sh2 million bail.

Their company was ordered to deposit Sh15 million cash bail to the court.

The agreement sets the stage for the reopening for production of the Naivasha based brewery.
News
2 months ago

KRA says distortions on the Sh332 million tax arrears would be unfair to other Kenyan brewers.
News
2 months ago

KRA on Tuesday defended its decision to close down Keroche Breweries.
News
2 months ago
“WATCH: The latest videos from the Star”
by CAROLYNE KUBWA Court Reporter
News
12 May 2022 - 23:00