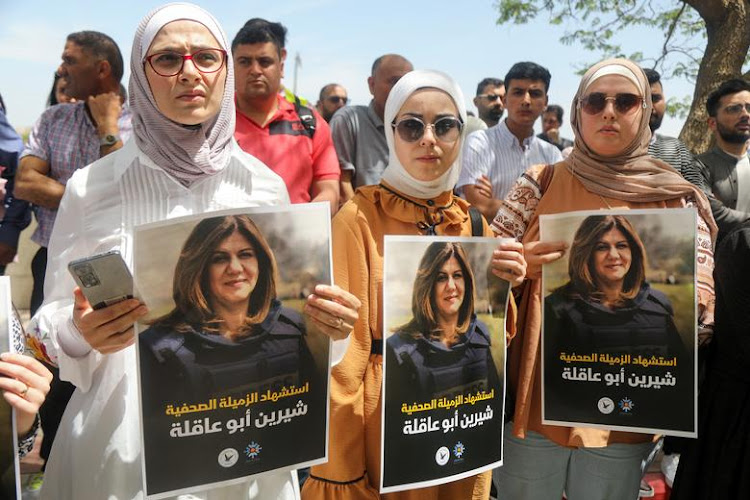 Israel envoy to Kenya has said it’s impossible to know who killed Al Jazeera journalist Shireen Abu Akleh on Wednesday during a raid on Jenin Refugee Camp in the West Bank.

Speaking to the Star on the phone on Thursday, Ambassador Michael Lotem said Palestine declined a joint postmortem examination with the participation of the Americans.

"We won’t know who killed the journalist. We also requested that they give the bullet for forensic examination. That also was declined. So I don’t know how the Palestine embassy arrived at its conclusion. It is an unclear situation,” the envoy said.

Israel Prime Minister Naftali Bennett on Wednesday said according to the information they had gathered, “it appeared likely that armed Palestinians — who were firing indiscriminately at the time — were responsible for the unfortunate death of the journalist”.

“Israel has called on the Palestinians to conduct a joint pathological analysis and investigation, which would be based on all of the existing documentation and findings, in order to get to the truth. So far, the Palestinians have refused this offer,” he said.

His Defence Minister, Benny Gantz, said they had seen footage of indiscriminate shooting by Palestinian terrorists, which he also said: “is likely to have hit the journalist”.

“We will communicate our findings in a clear and transparent manner to our American friends, as well as to the Palestinian Authority,” Gantz said through tweets shared by the Israeli Foreign ministry.

The ministry spokesperson Lior Haiat in a video recording added that “There are indications that Ms Abu Akleh was killed by Palestinian terrorist fire. Israel will be conducting a thorough investigation. We call on the Palestinian Authority to cooperate with this investigation to get the truth.

But Palestine President Mahmoud Abbas maintained the Israeli forces are "fully responsible" for the killing.

"We rejected the joint investigation with the Israeli occupation authorities because they committed the crime and because we don't trust them," President Abbas during a memorial for Abu Akleh in Ramallah on Thursday.

He added that the Palestinian Authority "will go immediately to the International Criminal Court in order to track down the criminals".

Asked why Palestine declined the joint investigation, Ambassador Hazem Shabat said his country is not under the obligation for cooperating “with the criminal. This was a state committed a crime".

"Initially, Israel claimed they were not the perpetrators of the crime, but when the actions of their occupation military forces were exposed before the international media, they are now attempting to blame the victims for not cooperating," Ambassador Shabat told the Star in a message.

Ambassador Lotem said Israeli forces don't target journalists, noting that while some have died in the line of fore, it should be differentiated from deliberate fire, which is illegal.

CPJ Middle East and North Africa Programme Coordinator Sherif Mansour on Wednesday said the committee has documented at least 18 cases since 1992 of journalists being killed in Israel and the occupied Palestinian territories, adding there has been “no justice” in any of these cases.

Asked what is the progress in the investigation of the cases, Ambassador Lotem said each matter is determined individually.

Meanwhile, UN Secretary-General António Guterres said he was appalled by the killing of journalist Akleh.

Farhan Haq, the Deputy Spokesperson for the Secretary-General, said in a statement that the UN boss called on the relevant authorities to carry out an independent and transparent investigation into this incident and ensure those responsible are held accountable.

The Secretary-General condemns all attacks and killings of journalists and stresses that journalists must never be the target of violence.

Media workers should be able to carry out their work freely and without harassment, intimidation or the fear of being targeted,” the statement said.

The Secretary-General reiterates his firm conviction that a free press is essential for peace, justice, sustainable development and human rights, the statement added.

Akleh was shot in the head while covering a raid on Jenin Refugee Camp.
News
2 weeks ago

The US also condemned the killing and called her a "reporting legend".
News
1 week ago

The Palestinian president said he held the Israeli government fully responsible.
News
2 weeks ago
by ELIUD KIBII Subeditor and writer
News
12 May 2022 - 22:36