Ruto said school feeding program is evidence that children can be kept in school.

•The occasion seemingly excited the pupils who were seen carrying a variety of plates and containers ranging from blue, white to green colours. 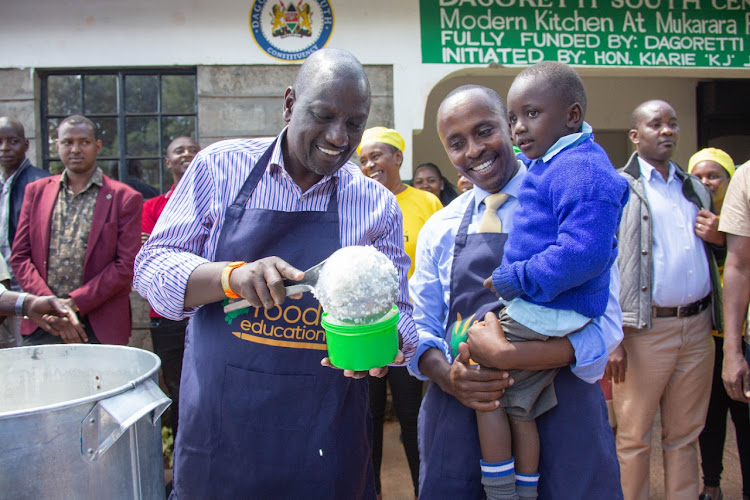 Deputy President William Ruto on Wednesday put a smile on the faces of Mukarara primary school, Nairobi, pupils when serving them a meal.

Ruto donned a navy blue apron as he took the role of scooping rice from a cooking pot into the eating plates of the pupils.

The occasion seemingly excited the pupils who were seen carrying a variety of plates and containers ranging from blue, white to green colours.

The smiles on their faces were evident as they received their respective shares.

At the serving point, the DP was flanked by Nairobi Senator Johnson Sakaja among other leaders.

The DP also lined up to be served after he was done doing so to the pupils.

Ruto apparently dropped the weight of his office as he was seen mingling freely with the pupils as he enjoyed his portion of the meal like an ordinary citizen.

Later on, the DP took to his social media handles to express commitment to ensuring that every school-going child misses not school because of food.

"No child should be out of school for lack of food. That is our commitment as Kenya Kwanza," Ruto said.

He lauded the Dagoretti South NG-CDF, and Anne Wawira for running Food4Education, an initiative that he said benefits more than 20,000 pupils every day in the Constituency.

Area MP John Kiarie among other leaders were present. 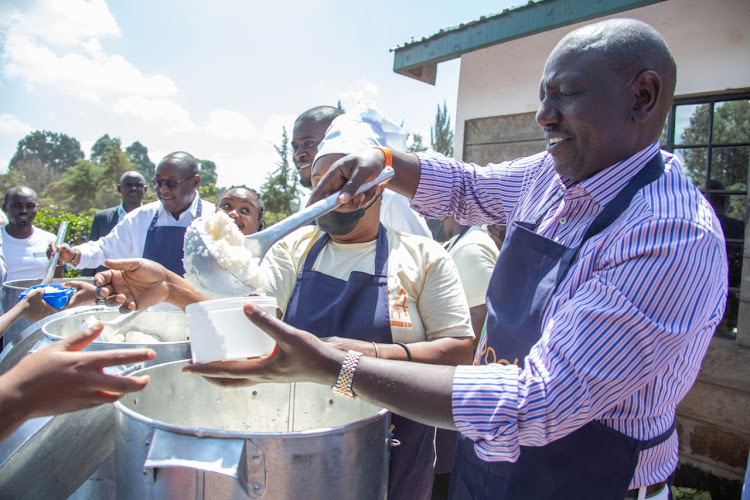 Sakaja pledged to implement a school feeding program for over 200 public primary schools in the city if elected as Nairobi's fourth Governor.

While endorsing Sakaja's proposal, Ruto said the feeding programme will be implemented across all schools in the country. 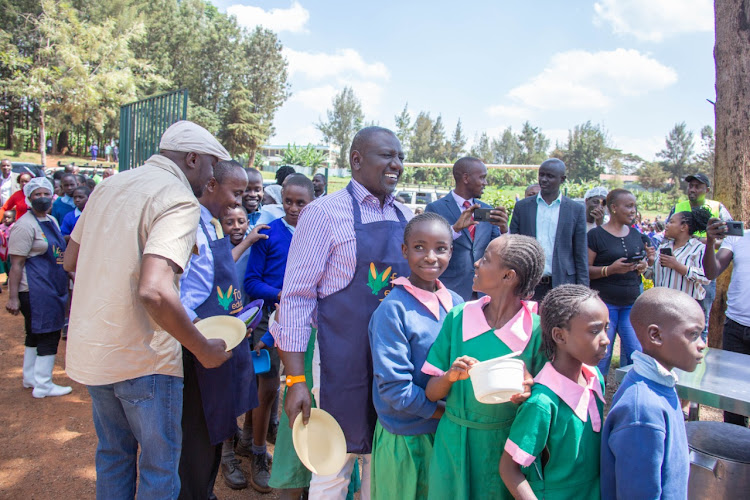 This, he said, will increase the retention of pupils in schools and ensure a better diet for the children.

“It is doable across Kenya. By implementing this programme, our children won't have to go out looking for lunch or even go without food,” he noted.

Ruto said free lunch will increase the retention of pupils in schools.
News
1 week ago

Inside education promises of presidential candidates