Kingi wants Ruto to ensure operational changes made in the recent past are reversed.

• The PAA-Kenya Kwanza agreement states that the legislative measure to reform the re-locations will be undertaken within a year.

• DP Ruto's government will be required to establish a benefit-sharing arrangement between the national and local governments with respect to mining and other natural resources. 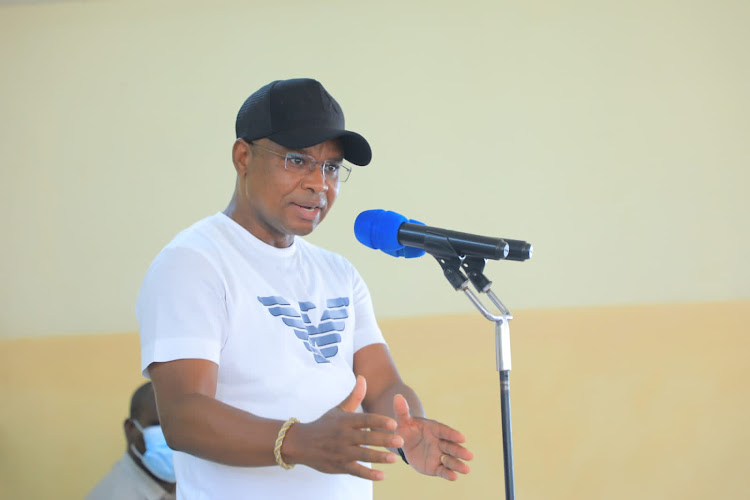 The Pamoja African Alliance has signed an agreement with the Kenya Kwanza Alliance.

The announcement was made by Kilifi Governor Amason Kingi on Tuesday.

According to the agreement, if DP William Ruto is elected on August 9, his government will ensure that all operational changes made in the recent past that affect the Coastal people are reversed.

"Their effect has been to relocate some of the core activities of Kenya's main seaport from Mombasa to inland ports in Nairobi and Naivasha," he said.

The PAA-Kenya Kwanza agreement states that the legislative measure to reform the re-locations will be undertaken within a year effective August 9, 2022.

The Kenya Kwanza administration agreed to put in place necessary reforms to ensure that Lamu Port brings measurable employment and other economic benefits to the Coast residents.

The third agenda was that Ruto's administration would revive the cashew nut and coconut industries in the Coast region through the provision of funds to the farmers.

"Involve local communities in the management and benefit-sharing of the resources associated with the Blue Economy," Kingi said.

Further, DP Ruto's government will be required to establish a benefit-sharing arrangement between the national and local governments with respect to mining and other natural resources.

The Alliance promised to review the Coast Guard Act and enhance the protection of local communities' fishing and other activities.

They have also agreed on addressing historical land injustices, especially in the Coastal region, including the setting up of Land Compensation Funds.

"This is to assist the locals to progressively acquire or purchase land from landlords," Kingi said.

He said that if Ruto wins the Presidential race, the budget will be reviewed to cater to the reforms effective immediately after the General Election.

Kenya Kwanza will also be expected to promote the inclusion of the Coastal region in the management of national assets allocated to the region.

"Lastly, it will ensure equitable representation of residents of the Coast region in national government and in the diplomatic staff of the public servant," Kingi added.

The move comes hours after Governor Mutua announced he will work with Ruto.
News
6 months ago