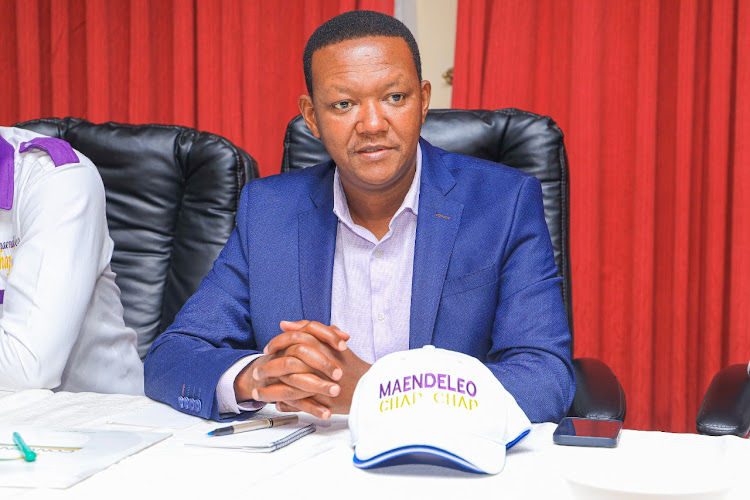 The Political Parties Disputes Tribunal has struck out applications by Maendeleo Chap Chap to exit the Azimio coalition party.

They said it lacks jurisdiction to hear the cases as the applications were prematurely filed before it.

"We find that the matter by the complainants before our jurisdiction was prematurely invoked. The preliminary objection by Azimio La Umoja Party and Registrar of Political Parties is merited and upheld. The application by the petitioners is struck out," the tribunal ruled.

In the judgement, the tribunal also ruled that petitioners did not table evidence showing that they had exhausted all the alternative dispute resolution avenues, before they sought for the tribunal’s intervention.

MCC party and Mugo were faulted for rushing to the Political Parties Dispute Tribunal without giving the Azimio coalition enough time to address the issues through alternative dispute resolution mechanisms.

The tribunal also disputed claims that MCC was not aware of the content of the coalition agreement saying its hard to believe the argument.

"No evidence was tabled demonstrating that they asked the registrar of political parties to furnish them with the document. That argument cannot be used as ground of exit," the tribunal said.

It added that no request or effort was made towards getting a copy.

On Monday, Mutua’s party had sought orders to disassociate themselves with Raila Odinga's team, after failing to access the coalition agreement.

Parties affiliated to Azimio are bound by a clause in the agreement, which provides that they cannot exit the coalition six months to the election, and three months thereafter.

The party, which ditched Azimio for the Kenya Kwanza alliance said the signing was obtained through fraud, misrepresentation and concealment of material facts.

They also said their members had not resolved to join Azimio. Hence, they say the agreement is null, void and illegal.

The party said during the hearing of the case on Monday afternoon.

MCC also informed the tribunal that there is no known written agreement in consonance with the Political Parties Act and efforts to obtain a copy, if any, have been futile.

“As a member and MCC are captives of the coalition party whose agreement and contents therein they are not aware of.

"MCC was included in the coalition party without procedural compliance with the party constitution and without the sanction of the relevant organ of the party. Thus such coalition is a nullity and void,” Mugo said.

The party further said that its inclusion as a member of Azimio is conspicuously untenable, unlawful, null and void for non-compliance with both the party constitution, the relevant statutory provisions and the constitution.

Mugo said neither the MCC’s National Executive Council nor any sub-committee made a decision to join or form part of Azimio.

“The National Governing Council did not in their two-thirds majority, or any, endorse or ratify a decision to enter into a coalition agreement,” Mugo's lawyer Manasse Tunen said.

They add that on the date of signing the agreement, Azimio officials refused and failed to reveal the contents of the said agreement to the signatories of other parties.

Effectively, the said signatories signed into a coalition agreement whose content they did not know.

However, Azimio's lawyer Ochieng Oginga opposed the grant of the orders sought by MCC to be allowed to exit the coalition.

He said the proceedings were a mere afterthought and the same should be dismissed.

The court heard that as early as November 21 last year, MCC had consented to be party to the coalition.

"Prior to them executing the agreement, necessary forms, minutes and other documents were exchanged between MCC and Azimio. MCC have not alleged fraud or being forced to enter into the agreement. They consented to be part of the coalition since November," Ochieng said.

Azimio also sought to have the case by MCC dismissed as it lacks jurisdiction, since they have not exhausted all alternative dispute resolution mechanisms.

Mutua has been protesting exclusion from the Azimio coalition.
News
7 months ago

Mutua said Ruto is the best person to liberate Kenyans from the york of poverty.
News
7 months ago

Mutua and Kingi have been protesting exclusion from the Azimio coalition.
News
7 months ago