Political parties have until Thursday to revise their lists 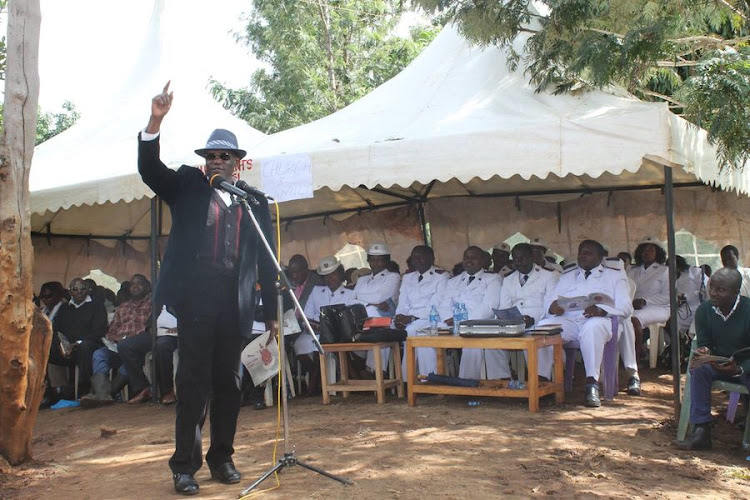 UDA is not going to comply with the two-thirds gender rule as ordered by IEBC despite deadline extensions, chairman Johnston Muthama has said.

Monday was the deadline for the non-compliant political outfits to amend their original lists but IEBC gave an extension that will lapse on Thursday.

However, Muthama categorically confirmed they have no options on the table to comply with the IEBC requirement.

The former senator said they cannot revise their list of nominees in both the Senate and the National Assembly, saying it amounts to changing the wishes of the people.

“How are you going to change the list yet that was the people’s wish? Where voters have made a decision, you cannot change,” Muthama said.

He said residents elected their preferred candidates democratically during the nomination exercise without any undue influence.

The chairman said there is no way they can force the electorate to elect people not of their choice, so as to satisfy the whims of the commission.

He said as a party they are unbothered by the threats from electoral commission on blocking them from participating in the election. "We are busy preparing for the general election."

Turkana Governor Josphat Nanok said the only remedy to the rule is an amendment to the law, otherwise it is impossible to adhere to it.

“If this was an appointment then it would have been easy to dictate or share the number of available slots between men and women. However, doctoring the list on a nomination process by removing those elected will be subverting the will of the people," he said.

Muthama further said they do not intend to move to court to challenge the matter as earlier indicated but “if need be we shall file a petition.”

IEBC chairman Wafula Chebukati has said there will be no further extension for political parties that fail to stick to the rule.

Party says there is no law that mandates IEBC to block parties that fail gender test.
News
3 months ago

Chebukati said that there will be no further extension for political parties.
News
3 months ago

Parties nominating 290 MPs are required to ensure that not more than 193 are of the same gender.
News - Page 6
3 months ago

He told the IEBC that Kenyans voted for the nominees in a democratic process.
News
3 months ago
“WATCH: The latest videos from the Star”
by FELIX KIPKEMOI Political Reporter
News
10 May 2022 - 23:00