•Sama declined to comment before seeing the lawsuit but has previously rejected claims that its employees were paid unfairly. 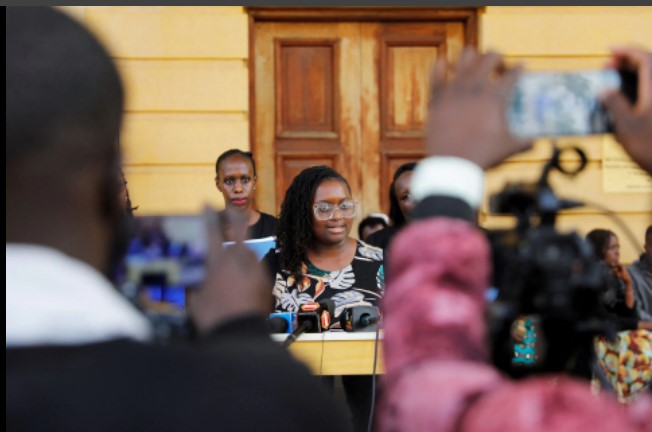 Mercy Mutemi, a lawyer representing a former content moderator, speaks during a news conference after filing a lawsuit against Facebook owner Meta Platforms Inc and its local content moderation contractor Sama, at the Milimani Law Courts in Nairobi, Kenya, May 10, 2022.
Image: REUTERS

The petition, also filed against Meta's local outsourcing company Sama, alleges that workers moderating Facebook posts in Kenya have been subjected to unreasonable working conditions including irregular pay, inadequate mental health support, union-busting, and violations of their privacy and dignity.

The lawsuit, filed by one person on behalf of a group, seeks financial compensation, an order that outsourced moderators have the same health care and pay scale as Meta employees, that unionization rights be protected, and an independent human rights audit of the office.

A Meta spokesperson told Reuters: "We take our responsibility to the people who review content for Meta seriously and require our partners to provide industry-leading pay, benefits and support. We also encourage content reviewers to raise issues when they become aware of them and regularly conduct independent audits to ensure our partners are meeting the high standards we expect.”

Sama declined to comment before seeing the lawsuit but has previously rejected claims that its employees were paid unfairly, that the recruitment process was opaque, or that its mental health benefits were inadequate.

The lawsuit’s specific requests for action are more granular and wide-ranging than those sought in previous cases and could reverberate beyond Kenya.

“This could have ripple effects. Facebook is going to have to reveal a lot about how they run their moderation operation,” said Odanga Madung, a fellow at the Mozilla Foundation, a U.S.-based global nonprofit dedicated to internet rights.

Globally, thousands of moderators review social media posts that could depict violence, nudity, racism or other offensive content. Many work for third party contractors rather than tech companies.

Last year, a California judge approved an $85 million settlement between Facebook and more than 10,000 content moderators who had accused the company of failing to protect them from psychological injuries resulting from their exposure to graphic and violent imagery.

Facebook did not admit wrongdoing in the California case but agreed to take measures to provide its content moderators, who are employed by third-party vendors, with safer work environments. 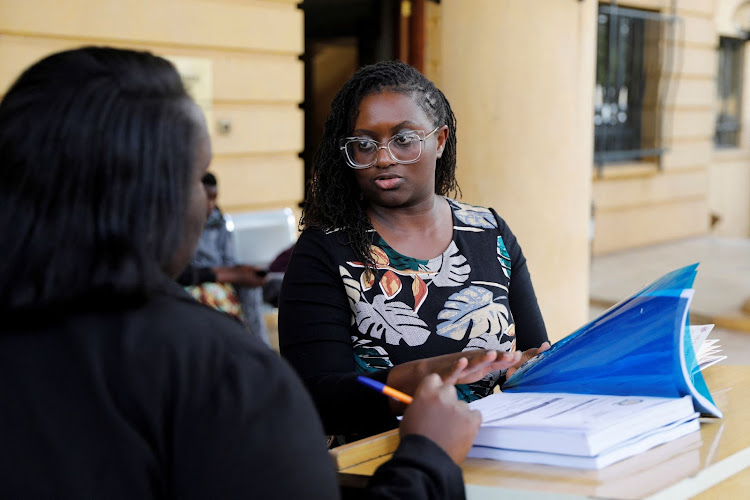 Mercy Mutemi, a lawyer representing a former content moderator, goes through documents before a news conference after filing a lawsuit against Facebook owner Meta Platforms Inc and its local content moderation contractor Sama, at the Milimani Law Courts in Nairobi, Kenya, May 10, 2022.
Image: REUTERS

The Kenyan lawsuit was filed on behalf of Daniel Motaung, recruited in 2019 from South Africa to work for Sama in Nairobi. Motaung says he was not given details about the nature of the work reviewing Facebook posts before his arrival.

The first video Motaung remembers moderating was a beheading. The disturbing content piled up, but Motaung says his pay and mental health support were inadequate.

“I have been diagnosed with severe PTSD (post-traumatic stress disorder),” Motaung told Reuters. "I am living ...a horror movie."

Motaung’s lawyers said that Meta and Sama created a dangerous and degrading environment where workers were not given the same protections as employees in other countries.

"If in Dublin, people can't look at harmful content for two hours, that should be the rule everywhere," Motaung's lawyer Mercy Mutemi said. "If they need to have a psychologist on call that should apply everywhere.”

Shortly after joining Sama, Motaung tried to form a union to advocate for the company's roughly 200 workers in Nairobi.

He was fired soon after, which he and his lawyers say was because of the unionization attempt. Union rights are enshrined in the Kenyan constitution.

Sama has not commented on this allegation.

Motaung’s experience was first revealed in an investigation published by Time magazine in February. 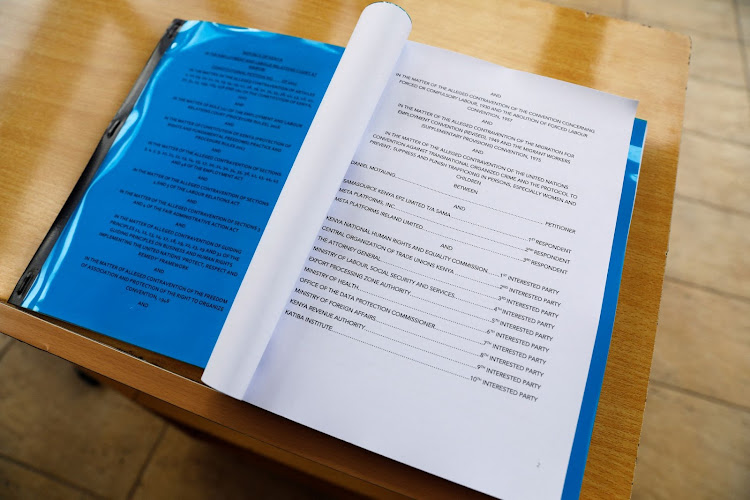 Copies of documents filed on a lawsuit against Facebook owner Meta Platforms Inc and its local content moderation contractor Sama, are seen before a news conference at the Milimani Law Courts in Nairobi, Kenya, May 10, 2022.
Image: REUTERS
by REUTERS Reuters
News
10 May 2022 - 13:54