Ruto's camp is the best place to be - speaker Muturi

Muturi said this is a revolutionary time of transforming the country.

•He said Mt Kenya is firmly behind Ruto’s presidential bid. 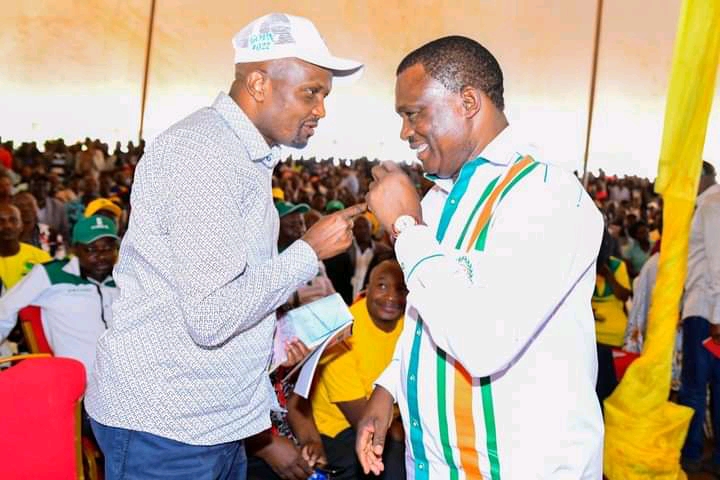 National assembly speaker Justin Muturi has said his decision to join DP William Ruto's camp should not be discussed by opponents.

Speaking in Bungoma on Saturday during the Kenya Kwanza rally, Muturi said he made the bold step after listening to his supporters from Mt Kenya.

"I didn't just wake up one day and join Kenya Kwanza. I listened to the ground and also know that it's Ruto that has the agenda of transforming the country after the August polls," he said.

He said Mt Kenya is firmly behind Ruto’s presidential bid.

"As we are making efforts to meet with Kenyans from different backgrounds, race, clan and communities Raila Odinga is in a hotel somewhere castigating our work, I want to assure him that he will go home with his friend Uhuru Kenyatta," he said.

Muturi said this is a revolutionary time of transforming the country.

Present at the signing were Ruto, ANC leader Musalia Mudavadi and Ford Kenya leader Moses Wetang'ula. A host of Ruto-allied MPs were present.

Speaker Muturi, who is also the party leader of the Democratic Party, had declared interest to be Kenya's fifth president.

His decision to work with the DP raises doubt about whether he will keep his presidential dream alive or opt to back Ruto.