• The panel said 12 applicants were not considered as they had not been submitted by the constituent political parties of the Azimio la Umoja One Kenya Coalition. 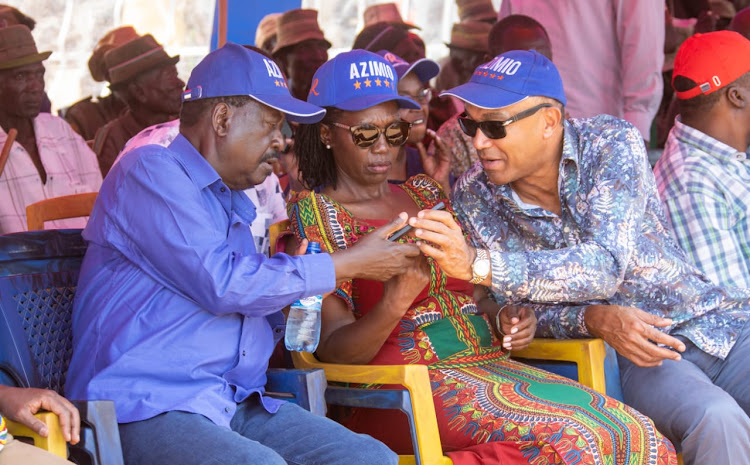 The seven-member selection panel for the Azimio running mate has concluded the first round of vetting and shortlisted seven candidates.

One of them will be ODM leader Raila Odinga's running mate upon conclusion of the vetting on May 10, 2022.

In its update on Friday, the panel chairperson Noah Wekesa said that they received 20 applications.

"The rest 12 applicants were not considered as they had not been submitted by the constituent political parties of the Azimio la Umoja One Kenya Coalition," Wekesa said.

On Wednesday, the panel made a U-turn and said it wasn't mandatory for its coalition bigwigs to physically appear for interviews to get the job.

This was in contrast to its earlier statement on Monday that all the candidates must appear before the committee in person.

In what appeared to be bowing to pressure from Kalonzo and his brigade, the team said on Wednesday that interviews would only be available for those wishing to give a presentation before the team.

Upon completion of the second phase of interviews, the panel will present the final two names to President Uhuru Kenyatta and Raila.

The duo will then pick the most suitable candidate who will deputise Raila in the Azimio administration should the outfit win the August 9 General Election.

Panel now says meeting would only be available for those wishing to give a presentation before the team.
News
9 months ago

You're being misled on running mate choice, Sonko tells Raila