Education ministry declines proposal to include chess in CBC

It says there is no budget allocation to include the game 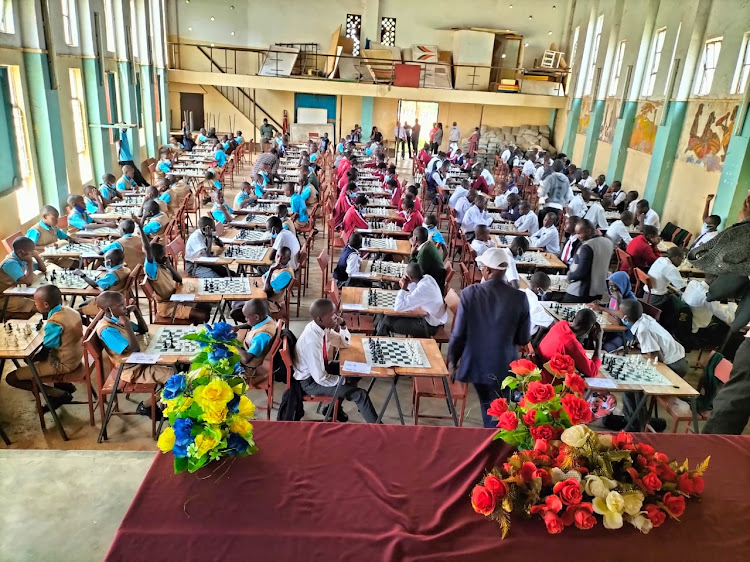 A Senate proposal to introduce chess games into the education system might not be successful.

The Ministry of Education has declined the proposal by senators that sought to include chess, as an extracurricular activity to be part of the curriculum.

Even though the Committee on Education  recommended chess to be introduced as an extracurricular activity, several stakeholders raised concerns that needs addressing.

“Chess Kenya Federation should leverage on the collaborative engagement established during processing of this petition,” the report reads.

The George Magoha-led ministry clarified that chess is not among the core subjects to be studied under the Competency-Based Curriculum.

Through written submissions to Senate, the ministry said there is no budget allocation to include the game.

For inclusion of a new game into the curriculum, the ministry is required to disburse more funds and resources towards this inception.

The ministry further said there are limited resources to factor in a new game to the already full games and sports ministry calendar.

However, the committee, led by Senator Alice Milgo, was informed that the ministry is open for engagements.

In junior secondary, PE and sports is a compulsory subject while senior secondary has Arts and Sports Science pathways.

However, the commission was open to having teachers with knowledge on chess teach their colleagues, in case the game is incorporated.

“TSC informed the committee that it does not have direct legal mandate over the subject matter under deliberation,” the report reads.

The CKF was advised to consult with TSC in case of any plans to train teachers on the chess game.

This, the commission said, will establish if the training is answering to Teacher Professional Development.

“The mandate to introduce subjects is vested in the Kenya Institute of Curriculum Development,” the report reads.

The curriculum developer said there is already provision for a wide range of games to be selected by learners.

Students are free to choose indoor games according to their interest, which include chess, scrabble and others.

“Teachers of PE are trained broadly in all games and have the capacity to facilitate learner engagement in different indoor games,” the report reads.

KICD, which is mandated to develop curriculum and support materials, is running two curricula.

Learners in the 8-4-4 system, which is being phased out, and those in CBC are in Grade 6.

The petitioners, Fred Sagwe and other teachers, had asked senators to compel the Education ministry to include chess in CBC.

In 2016, CKF submitted memoranda to KICD with the same concerns, but the efforts were not fruitful.

TSC noted that teachers are generally trained for Physical Education and not specific games.
News
3 months ago

The concentration is outstanding and it prepares them for other subjects.
News
2 years ago