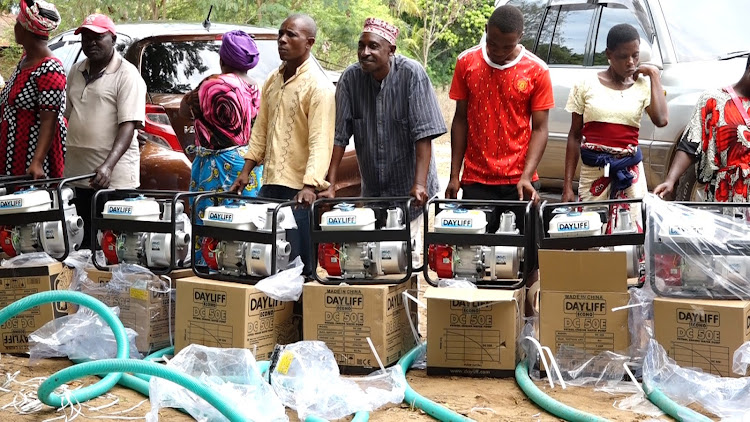 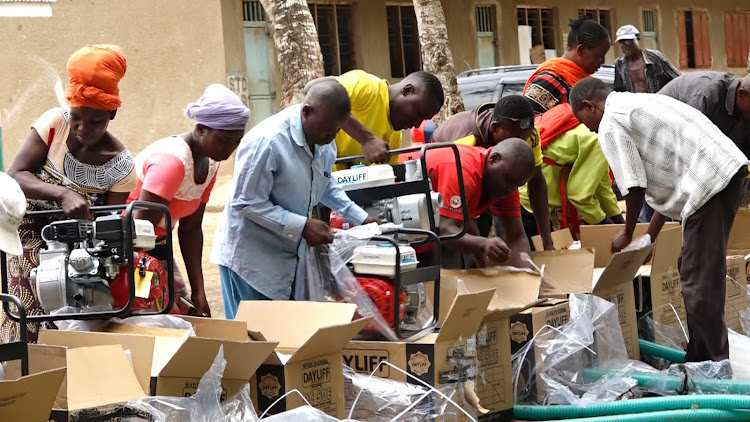 The scheme was started by Kibaki during his second term but after his exit the Jubilee government moved it to Galana Kulalu.

Speaking during the official handing over of 28 water pumps and generators worth Sh2 million to community groups in Madunguni, Mramba said once the project is implemented residents will no longer depend on relief food.

“During the tenure of President Kibaki, who is now deceased, and Raila Amolo Odinga they brought a project here called Kavinyalalo integrated irrigation scheme. A survey was done, beacons were placed, committees formed, sensitisation was done but before it was implemented the term of Kibaki was over,” he said.

After the project was relocated to Galana Kulalu, the MCA said hopes of locals becoming food secure faded and they were forced to continue depending on scarce rain for farming.

The MCA said when there is no rains, like it has happened in the last three seasons, residents suffer. Mramba appealed to the government to ensure the project is implemented to help address the problem of food insecurity.

“We have not seen any benefit of the Galana Kulalu project, so we are appealing to the government to bring back the project. It will enable us to stop relying on relief food because we have the capacity to do farming, to produce food for ourselves and even for sale,” he said.

Mramba said the pumps he disbursed were bought through ward development funds from the county government of Kilifi and will enable the farmers to do small-scale irrigation farming.

Malindi MP aspirant Amina Mnyazi thanked the MCA for initiating the programme, saying it would benefit over 280 families directly and hundreds of others indirectly.

She also called on the government to revive the project that stalled to end the problem of hunger.

Mnyazi said it was unfortunate that the project failed to kick off, adding that it was still not clear why the national government could not implement it.

“My plea to the government is to address the challenges faced by the people of Malindi, particularly in the agricultural sector because there is a food shortage currently,” she said.

Residents who benefitted from the water pumps thanked the MCA for coming up with the equipment.

Joyce Wanje, a farmer from Madunguni area, said the water pump and generator will help her produce food and make money to educate her children.

“I am a widow and I depend on farming to support me, so if I plant vegetables and maize I sell and get school fees for my children,” she said.

She said they were using buckets to do simple irrigation, which was very challenging but with the pumps it would be easier and faster to irrigate their farms.