• Cherargei apologized to the court for failing to appear for his case and promised to attend court as required.

• The prosecution counsel Muteti said he had accepted the apology and asked Okubasu to follow due quorum on how to conduct himself and the accused persons. 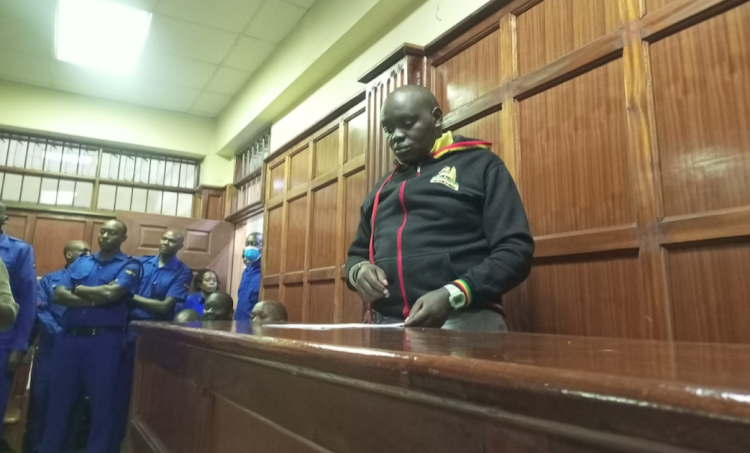 Nandi Senator Samson Cherargei has apologised to a Nairobi magistrate for failing to appear in court last month in his hate speech case.

Cherargei who was present in court on Thursday told he court that he regrets his behavior and endeavored to take court orders seriously.

"I apologise to the court for failing to appear for my case and am going to ensure that i follow court conditions. I will attend court as required ", he told court.

He told court that following the findings of the court he had considered the sentiment serious by the prosecution counsel Alexander Muteti.

"The sentiments are regretful and I will endeavor be careful. There was confusion and I find the seriousness of the court. I pray that Muteti and court pardon me", Okubasu said.

The prosecution counsel Muteti said he had accepted the apology and asked Okubasu to follow due quorum on how to conduct himself and the accused persons.

The prosecution also told Okubasu that he has responsibility to appear before Justice Grace Nzioka and apologise to her for lying to the court that he was before her.

Chief magistrate Wendy Micheni suspended the warrant issued against Cherargei as it was on condition that he apologizes to court as his explanation was not found to be tenable before court.

The apology tendered has been accepted, the magistrate said.

The case will be heard on May 19 for the prosecution to wind up the case.

Okubasu is also expected to serve a notice to secure a date to apologize to judge Nzioka.

Chief magistrate Wendy Micheni directed the senator and his lawyer to apologize to the court in person for castigating the High court judge and the trial magistrate.

"I have suspended the warrant of arrest against the accused and order that he apologizes before this Court in person with his lawyer Dancun Okubasu," the magistrate ruled.

The magistrate said the reinstatement of the bond terms will become effective only after the apology is issued.

The court ruling was made in absentia as Cherargei had been taken for treatment at the Nairobi hospital.

Prosecution counsel Alexander Muteti told the court that he had information that the senator had been admitted.

Earlier, the defence lawyer Okubasu took the blame for misleading the legislator leading to his failure to appear in court on April 19 for proceedings in his hate speech case.

Okubasu said he was remorseful and pleaded for the court’s forgiveness as he sought to have his client released.

Cherargei was detained for skipping the hearing of his case on grounds that he was sick.

Okubasu said he advised the senator to skip the session as he was attending a High court case of criminal nature.

He urged the court to lift the warrant of arrest and reinstate the cash bail of Sh300,000 to allow the senator to attend court while out of police custody.

The lawmaker was arrested on April 20 at his home in Nandi.

He faces charges of ethnic contempt contrary to the National Cohesion and Integration Act over utterances he allegedly made at a public function in Nandi in 2019.

The court directed him to apologize in person before bond terms are reinstated.
News
2 months ago

His lawyers took the blame for misleading him on attending court.
News
2 months ago
WATCH: The latest videos from the Star
by CAROLYNE KUBWA Court Reporter
News
05 May 2022 - 21:36