• In a statement on Thursday, the party National Election Board Chairperson Stephen Wandeto said the party agreed for the two names to be presented to the panel. 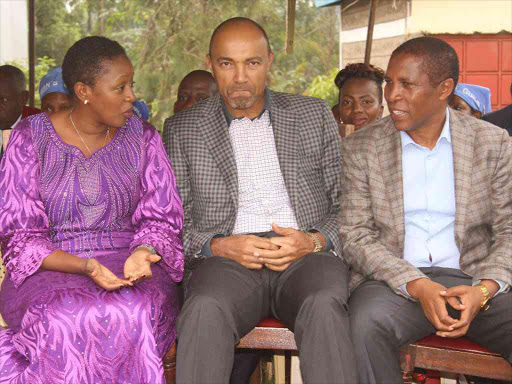 In a statement on Thursday, the party National Election Board Chairperson Stephen Wandeto said the party agreed for the two names to be presented to the panel.

"We refer to the above subject matter and forward herewith names of the persons proposed by Jubilee Party for consideration as Azimio La Umoja One Kenya Coalition Deputy President Nominees. Peter Kenneth and Sabina Chege," Wandeto said.

The 26 Azimio parties have to forward names of potential running mate candidates in their midst to the panel which will end the exercise on May 10 before handling the preferred nominee to both President Uhuru Kenyatta and the Azimio flag bearer Raila Odinga..

Pressed for time, several Azimio parties Wednesday convened informal meetings to deliberate on the possible names to submit to the panel before the 24-hour window elapse.

On Thursday, Kanu Chairman Gideon Moi proposed Kalonzo as a suitable person to be named as Raila’s running mate.

According to him, the former Vice President is more qualified amongst those mentioned as possible Raila’s running mate.

“The Kenya African National Union (KANU) proposes and submits the name of H.E Hon. Stephen Kalonzo Musyoka as its preferred candidate for the position of Deputy President in the forthcoming General Election,” Moi said.

He added: “It is our considered opinion, and we strongly believe that Stephen Kalonzo fits the bill and is the most suitable to deputise Raila Amolo Odinga.”