Raila has been campaigning in Nyeri, Laikipia and Kirinyaga counties.

• The second in command will be on a charm offensive of the county that largely supports his competitor Raila Odinga. 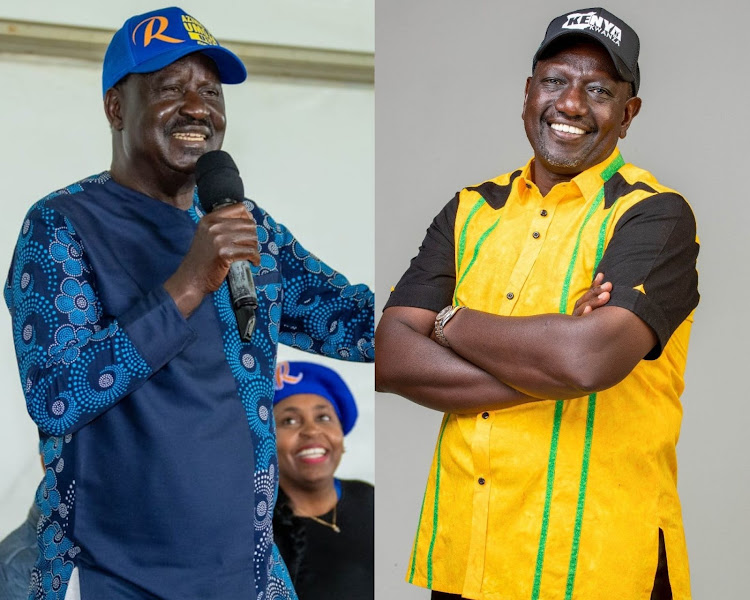 Deputy President William Ruto will on Wednesday take his campaigns to Kisii County.

The second in command will be on a charm offensive of the county that largely supports his competitor Raila Odinga.

Ruto is scheduled to hold economic forums in Kisii on Wednesday and Nyamira on Thursday.

After his tour of the larger Gusii region, the DP will take his campaigns to Busia, Bungoma and Trans-Nzoia counties where he will have a series of engagements on Friday, Saturday and Sunday.

Some of these engagements will include; rallies, economic forums and attending church services.

The campaigns started in Nyeri a day after the burial of retired President Mwai Kibaki.

He later toured Laikipia and Kirinyaga counties where he has been selling his agenda for the country.

Azimio manifesto likely to be unveiled next week - Raila

Raila said he will deal firmly with the high cost of living.
News
8 months ago

Raila said that the corrupt will be jailed in his government.
News
8 months ago