•Candidates for various seats have been hosting grassroots activation campaigns across the county. 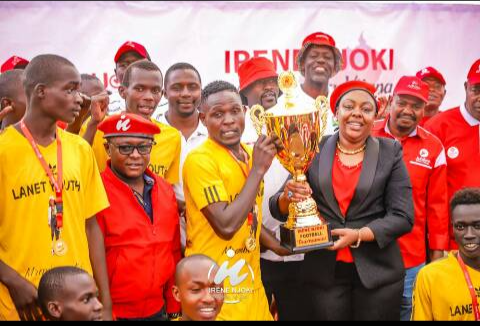 Candidates for various seats have been hosting grassroots activation campaigns across the county, offering fresh impetus for the ruling party.

A lobby group of Jubilee aspirants in Nakuru county led by Bahati constituency aspirant Irene Njoki is leading the campaigns.

The aspirant is seeking to unseat incumbent MP Kimani Ngunjiri of the UDA party.

For the last three months, Irene has led aspirants in rolling out several activities to drum up support for the Jubilee party as well as her Bahati constituency bid.

“We are determined to restore Jubilee's lost glory in the county of Nakuru. Let nobody lie to you that Jubilee is dead in Nakuru, the party is very much vibrant,” said Njoki.

Nakuru governor Lee Kinyanjui is leading the Jubilee campaigns in the county after he decamped from the Ubuntu People's Forum party.

Governor Kinyanjui and Njoki have been asking Nakuru residents to vote for candidates with a clear vision.

“It is time to put in office people with a proven track record so that we get leaders with sound policies that can transform the economy,” said Njoki.

Karanja is the party’s senatorial candidate while Agnes Njambi is eyeing the Woman Rep post.

Nairobi, Nakuru, Turkana, Kakamega and Mandera get the lion's share
News
3 months ago

The ODM boss is facing the most delicate political balancing act ever in his political career.
Siasa
3 months ago
WATCH: The latest videos from the Star
by STAR REPORTER
News
04 May 2022 - 14:45