Loglogo MCA among 12 missing men who were pursuing cattle rustlers 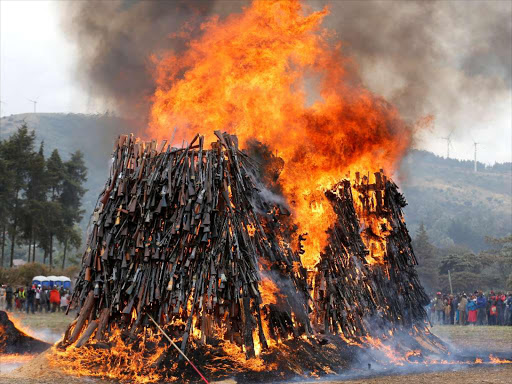 At least five people, including a chief and an assistant chief, on Thursday were killed by gunmen in an ambush in Marsabit county.

Twelve other people were reported missing after the attack, including Loglogo MCA Bernard Leakono, police said.

Loglogo senior chief Kennedy Kongoman, Lokileleng'i assistant chief Keena Moga and the three other victims were pursuing stolen cattle in Awaye area when they were ambushed.

Their bodies were found in two cars that had been abandoned on the road after the shooting.

The attackers escaped and it is not clear if they took hostages.

Marsabit commissioner Paul Rotich said the 12 missing people were also part of the team that was pursuing the cattle.

“Teams are combing the area to pursue the attackers and trace the missing persons,” he said.

National Police Service spokesperson Bruno Shioso on Friday said the incident is connected to a recurring feud between two communities.

“NPS is committed to ensure peace is maintained in Marsabit and the entire country and will deploy necessary resources in pursuit of this noble objective,” Shioso said.

Clans in Marsabit attack and counter attack each other in a cycle of violence that have left many dead and displaced.

Residents said police lacked a helicopter to pursue the attackers.

All police choppers are grounded and those belonging to other agencies are occupied, exposing the security agencies to more dangers.

Interior Cabinet Secretary Fred Matiang'i had warned the government will launch an operation in the area.

He said government is determined to find a solution for the crisis in parts of Marsabit, Laikipia, Samburu and Baringo counties.

He said more than 25 per cent of national government resources are committed to securing the areas.

Matiang'i said special units have also been deployed to the counties to pursue suspects behind the incidents.

“The situation is aggravated by politics of expansionism, drought, rough and vast terrain and proliferation of arms sneaked in through porous borders," he said.

The CS said retrogressive practices such as cattle rustling and moranism worsen the conflict.

He said the government is investing in infrastructure such as roads, water pans and dams to open up the region and encourage more settlements.

Marsabit is among areas classified as hotspots ahead of the August 9 polls due to inter-clan fighting.

Tens of people have been killed in the past months in what is seen as a political strategy to control  resources.

On February 22, President Uhuru Kenyatta gave Marsabit leaders two weeks to come up with a lasting solution to the communal conflicts.

The situation is yet to stabilise.

The President said if the leaders failed to find a strategy to stop the conflicts, he will push the government to deploy security agencies with strict instructions to forcefully end the insecurity.

Their bodies were found in two cars that had been abandoned on the road.
News
2 months ago

The state is likely to embark on a special operation involving special units in Marsabit, says Matiang'i.
Counties
2 months ago

How women, children are trapped in endless cycle of violence in North Eastern

Despite the ensuing traumas, most women have been widowed and children orphaned.
News
2 months ago