In a notice, the party wants to formally disengage from Azimio La Umoja One Kenya.

•They also want to withdraw its signature from the coalition agreement deposited in March this year. 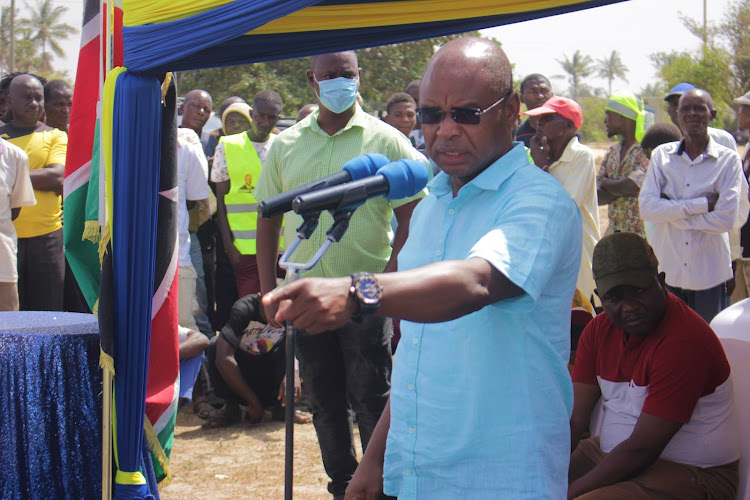 In a notice seen by the Star on Friday, the party wants to formally disengage from Azimio La Umoja One Kenya.

They also want to withdraw its signature from the coalition agreement deposited in March this year.

The party has written notice to all its members, stakeholders, and the general public informing them that it has withdrawn from the Azimio la Umoja One Kenya coalition.

Furaha said the Party’s NEC held a meeting on April 25 and it resolved that the ratification of the agreement signed on April 5 had been canceled.

According to the party chairman, the PAA members have not been supplied with copies of the agreement signed on April 5.

“Our members have not seen the documents that were signed. The NEC also must have gone through the same documents. That did not happen, therefore, it means that the rightful channel was not followed,” he said.

However, Furaha distanced the party from the reports that they are heading to Kenya Kwanza Alliance, which supports Deputy President William Ruto’s presidential bid.

“We are not heading to Kenya Kwanza. If we are to join any union or coalition of parties, it will be announced through the rightful party communication channel; that is the party leader, spokesperson, or the chairperson,” he said.

He added in this political season, PAA’s decision to join any political formation will be an outright endorsement of its presidential candidate.

On Thursday, in a notice of denunciation to the Registrar of Political Parties, PAA said they would formally disengage from Azimio La Umoja One Kenya, and withdraw its signature from the coalition agreement deposited in March this year.

The party claimed it has been kept in the dark over the Azimio la Umoja affairs and it has been unable to access the coalition agreement or understand its terms.

Post a comment
WATCH: The latest videos from the Star
by NANCY AGUTU AND BRIAN OTIENO
News
29 April 2022 - 13:05
Read The E-Paper