•Kenya still suffers an estimated 3.5 million new clinical cases and over 10,000 deaths of malaria each year. 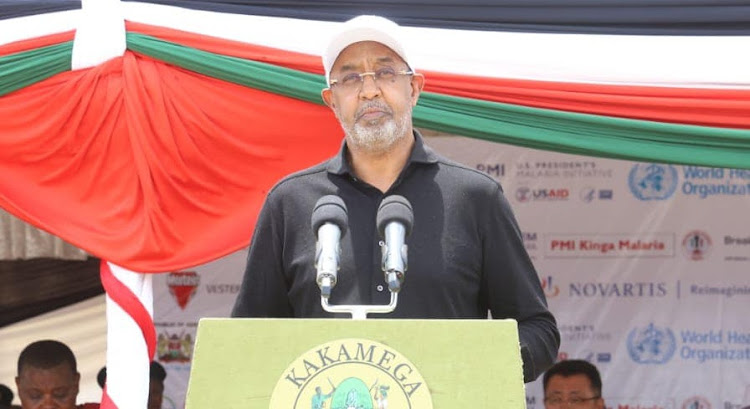 Cuban Malaria Vector Control experts have been deployed to the eight malaria endemic counties in a renewed effort to eliminate the disease in Kenya.

The experts will work with county health teams in the implementation of the Kenya-Cuba Malaria Vector Control Project launched by President Uhuru Kenyatta in Kilifi last year.

According to the Dr Willis Akhwale, there are 10 Cuban specialists deployed across the region to diversify preventive measures.

Akhwale is the senior malaria advisor for the Africa Leaders’ Malaria Alliance currently chaired by Uhuru. He is also the current secretary to the Kenya End Malaria Council.

“One has been deployed to each of the eight counties and two supervisors based in Kisumu,” Akhwale said.

The experts will work with health teams in the respective counties for two years and transfer their skills to local malaria control experts.

This exercise is expected go a long way in accelerating Kenya’s efforts towards malaria elimination.

Youth are expected to take part in the project as per the President’s directive that they should be involved in malaria eradication programmes.

They will play a critical role in the project which has been described as labour intensive in terms of spraying breeding areas of mosquitoes.

The exercise would have to be repeated after every rainy season.

Cuba eliminated malaria in 1973 mainly through the control of the mosquito by spraying their breeding sites.

The county played host to this year’s world Malaria Day celebrations on Monday.

“Despite the high malaria prevalence in this region at 19 per cent, we recognise that there has been a significant drop in the disease burden which was at 27 per cent in 2015,” Aman said.

“This is evidence that despite the progress we continue to report, as a country, there is still more that needs to be done to attain the status of a malaria-free Kenya,” he said.

“USAID on the other hand have supported us especially in procurement of malaria prevention, diagnosis and treatment commodities. This has seen all malaria commodities provided for free of charge to citizens.”

Malaria is a major public health problem in Kenya. Each minute a child dies from malaria in Kenya.

Due to altitude, rainfall patterns and temperature, about 70 percent of the Kenyan population is at risk for malaria.

Besides being the leading cause of morbidity and mortality in the country, the disease is listed among the top 10 causes of outpatient visits countrywide.

Kenya still suffers an estimated 3.5 million new clinical cases and over 10,000 deaths of malaria each year.

Resolved to expand further diplomatic engagement in health sector for the benefit of the two nations.
News
8 months ago

Youth from eight counties will be involved in the project for sustainability.
News
1 year ago