Kuti said he was not going to defend the seat, citing health reasons.

• Kuti said he was not going to defend the seat, citing health reasons.

• The legislator was to face off with former  Isiolo governor Godana Doyo for the party ticket, but the leadership opted for a consensus. 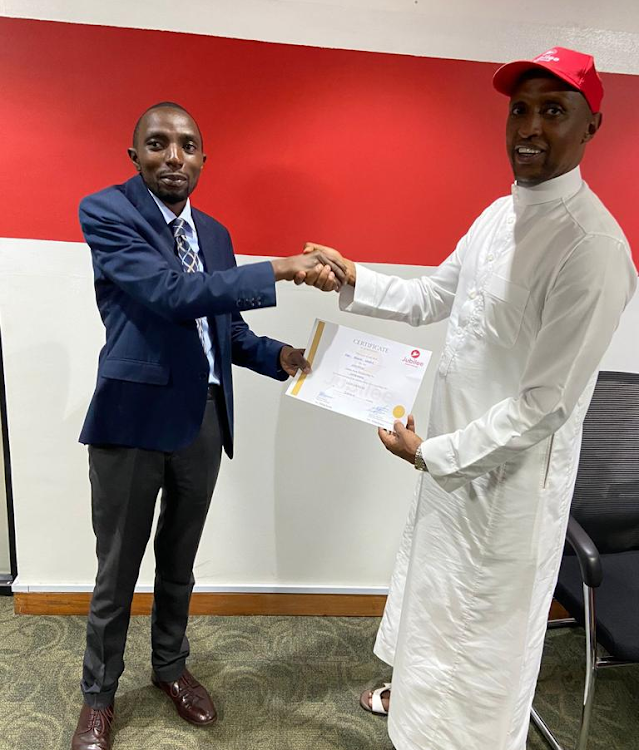 Guyo was given a direct ticket following lengthy talks with Jubilee Party leadership.

Speaking to the Star, the city politician expressed his gratitude to Jubilee Party for putting him up to the task to lead Isiolo residents.

‘It's been long weeks of negotiations but I want to thank my party leader President Uhuru Kenyatta for trusting me enough to be the flag bearer for the gubernatorial seat in Isiolo. The journey has just begun and come to August I will hopefully be Isiolo's third governor,' Guyo said.

The legislator was to face off with former  Isiolo governor Godana Doyo for the party ticket, but the leadership opted for a consensus.

The two have been locked up in intense talks that have lasted weeks and even saw the party leader President Uhuru Kenyatta intervene since Monday this week.

Guyo was a late entrant into the Isiolo gubernatorial race after he was endorsed by incumbent Mohamed Kuti in March.

Kuti said he was not going to defend the seat, citing health reasons.

Before he was endorsed for the gubernatorial seat, Guyo who has served as Matopeni MCA for 15 years was eyeing the Embakasi Central MP seat.

Guyo said in Isiolo he will aim to improve access to county services and harness economic opportunities offered by Vision 2030 projects to improve livelihoods.

He said he will promote equal sharing of resources among all communities, regardless of their background.

"My leadership will right the wrongs and provide the mature leadership our county is in dire need of."

The governor aspirant said his administration will be committed to cushioning people against the devastating drought effects.

Early this year, more than 120,000 people in Isiolo were said to be in need of food for four months.

At that time their animal's condition is expected to improve because of the rains and fresh pasture.

Most of the population depends on animal products and milk for their livelihood, which was threatened after the failed rains from October to December last year in the county.

“I will strive to ensure that food distribution reaches as many vulnerable households as possible,” Guyo said.

It indicates that Guyo has opted to run for the Isiolo governor seat as an independent candidate.
News
7 months ago