The leading student had 137 marks while the last had 44.

•The students have all been admitted to Muiywek Secondary School. 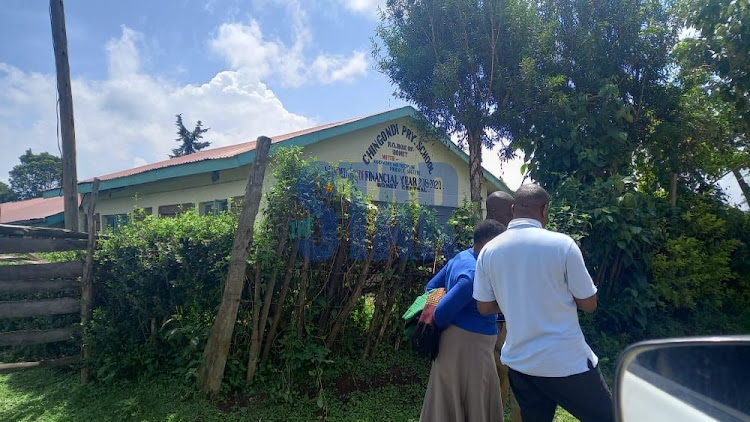 Parents analysing the performance of their pupils outside the gate of Ching'ondi Primary School in Bomet Central on Wednesday March, 30,2022.
Image: FELIX KIPKEMOI

The students have all been admitted to Muiywek Secondary School.

A senior teacher at the school confirmed that the students had received admission letters from their neighbouring secondary school.

The KCPE results elicited mixed reactions among Kenyans who wondered how the school could post such results.

When Education CS George Magoha released the exams last month, the school, tucked in the remote part of Silibwet Township, remained deserted as parents staged protests at the nearby centre.

They appealed for reforms to turn around the school's performance which they said has been taking a downward trajectory.

Parents who spoke to the Star demanded immediate transfer of the school head who they argued was to blame for the streak of poor performances at the school.

Panicking education officials visited the institution to try and quell the simmering tension between school management and the residents.

2021 KCPE candidates will be reporting for form one admission on May 3.

KCPE: Tension as top pupil of a Bomet school scores 137 as last gets 44

Simon got a B plain in KCSE exam, despite scoring 221 marks in KCPE.
News
3 months ago