He scored an A plain of 81 points. 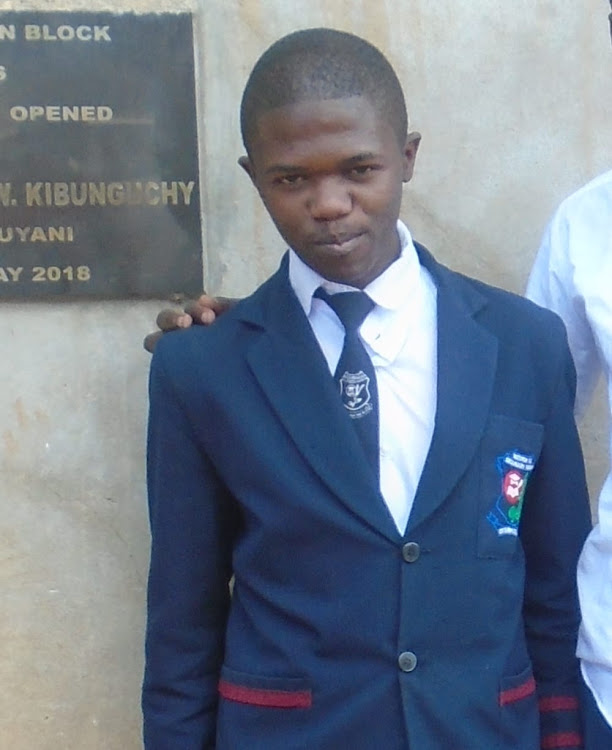 Achesa Dillan did not give up on his dreams even after his guardians failed to take him to the school of his choice after getting 371 marks in KCPE.

Coming from a humble background, he could not join his dream school because his guardian could only afford a day school.

He was later enrolled as a Form One student in a sub-county school, Matunda Secondary in Kakamega County.

"I maintained my spirit of hard work and could not allow the situation to derail my dreams," Achesa told the Star during an interview.

At Matunda Secondary school, Achesa would stay late in school to extend his studies.

He said if he had been in a boarding school then he would have had sufficient time to study.

"I did not have adequate time during the day but I would always create time for studies," he said.

He did not let his dream of being a surgeon die even after missing a chance to join an extra county school.

And when Education CS George Magoha released the results, Achesa with his family could not hide their joy.

He had been mentioned among the top ten candidates ranked in the sub-county schools level.

"I am very grateful for my teachers, I appreciate these results, because I didn't expect them," he said.

He scored an A plain of 81 points.

He came after Anthony Njuguna, Owino Eric, and Karwitha Clinton.

Most students who did not perform well in KCPE but scored highly in KCSE were also from sub-county schools.

Out of the eight most improved students, five of them came from sub-county schools.

Mbilo Bonface who scored 241 marks in KCPE got a B plain in KCSE from a sub-county school, Njukini mixed.

Kituku Simon, the third most improved student from ABC Kambusu Secondary, scored a B plain after getting 221 marks in KCPE.

Njoroge Kelvin from Jehova Jireh Secondary scored a B plain after getting 207 marks in KCPE.

The recently released KCSE results are reflections of the first group of learners to join Form One under the free day secondary education program.

The day schools which are mostly Sub-county school levels have broken barriers by producing top students in the just-released 2021 KCSE exams.

The schools are known to be home to students who mostly perform well but are from vulnerable families.

Wambua scored 241 marks in KCPE and went on to attain a B plain in the KCSE results.
Counties
3 months ago