• Ndeda is a student from Mang'u High School. 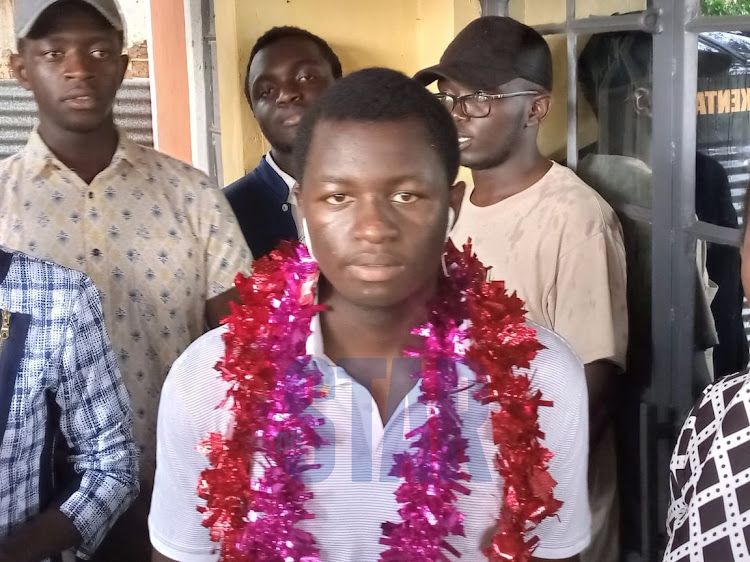 Jeriel Ndeda of Mang'u High School has emerged as the top candidate in the just released 2021 Kenya Certificate of Secondary School (KCSE) results.

Others in the top 15 include;

The announcement of the results paves way for admission to universities, colleges and technical institutions.

Candidates can check their results by sending their KCSE index number via the SMS number 20076.

This is also the last KCSE exam under President Uhuru Kenyatta and CS Magoha tenures.

In the 2020 KCSE exam, the top candidate was Robinson Wanjala Simiyu from Murang'a High School got an A of 87.334, he was followed by Allan Wasonga  (87.173) from Agoro Sare High School.

He said the results have shown tremendous progress of day and sub county schools.
News
5 months ago

Magoha is expected to release the results anytime from 11:30 am.
News
5 months ago
Post a comment
WATCH: The latest videos from the Star
by LAURA SHATUMA and BRIAN ORUTA
News
23 April 2022 - 14:02
Read The E-Paper