The prosecution opposed his release.

• The Senator failed to appear in court for hearing of his case on April 19, 2022, prompting Milimani chief magistrate Wendy Micheni to issue a warrant of arrest.

• She directed the senator to be remanded at Gigiri police station until Monday April 25 when the trial magistrate will be in court. 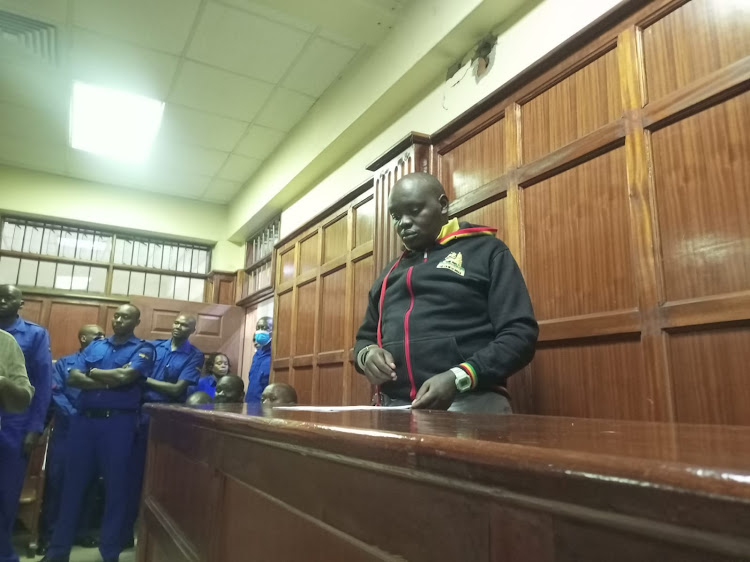 The senator will be remanded at Gigiri police station until Monday when the trial magistrate will be in court.
Image: SAMSON CHERARGEI/TWITTER

Nandi Senator Samson Cherargei will spend the weekend in police cells for failing to attend court in hat speech charges.

This is after Milimani senior principal Magistrate Esther Kimilu said she did not want to meddle in the case by lifting his warrant of arrest since the trial magistrate was away.

The Senator failed to appear in court for hearing of his case on April 19, 2022, prompting Milimani chief magistrate Wendy Micheni to issue a warrant of arrest.

Cherargei, however, pleaded with the court to lift the warrant as he was sick during the hearing date, and produced the medical documents.

The prosecution opposed to his release and said they need time to verify the Medical documents.

Kimilu declined to lift the warrant of arrest saying the trial magistrate will make a ruling on Monday.

She directed the senator to be remanded at Gigiri police station until Monday April 25 when the trial magistrate will be in court.

Cherargei was arrested on Thursday at his home in Nandi.

The Senator faces charges of ethnic contempt contrary to the National Cohesion and Integration Act over utterances he allegedly made at a public function in Nandi in 2019.

The first-term senator was arrested and questioned in August 2019 over utterances he made at a funeral in Lelwak, Nandi County, warning opponents of Deputy President William Ruto that they will be dealt with.

He spoke while addressing a gathering during a football club fundraiser at Kapsabet.

During the previous hearing,   the trial court  adjourned his case after the prosecution witness was declared hostile and stepped down by the court.

Milimani chief magistrate Wendy Micheni was forced to adjourn the case after Simon Bett, a Kapsabet-based assistant chief who was testifying, was said to scatter the prosecution evidence.

"Since the prosecution’s application citing the witness hostile, I will adjourn the case for today", the magistrate said.

His testimony during examination was marred with controversies and accusations of being in collusion with the defence to scatter the case.

So far five among eight lined-up witnesses have already testified.

He said all the arrests are political intimidation and blackmail.
News
1 month ago

The senator will be arraigned on Friday.
News
1 month ago
WATCH: The latest videos from the Star
by CAROLYNE KUBWA Court Reporter
News
22 April 2022 - 16:51