Raila left for a one-week long visit to the US in the company of his entourage.

•Raila left for a One-week long visit to the US in the company of his entourage. 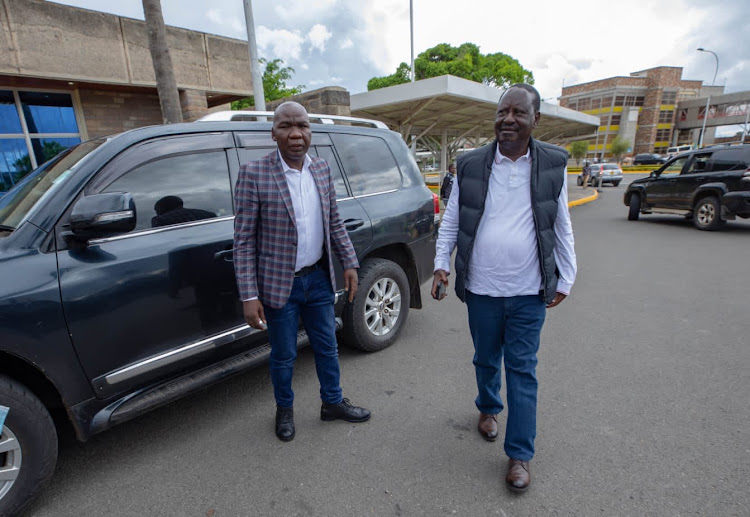 ODM leader Raila Odinga has this Friday left Kenya for the United States of America.

Raila left for a one-week long visit to the US in the company of his entourage.

"Party leader Raila Odinga this afternoon departed for the US for a one-week official visit. We wish our Party Leader and his entourage safe skies," the ODM party tweeted.

His departure from the country came shortly after he unveiled the Azimio La Umoja One Kenya Alliance lineup in Nairobi.

Raila is expected to have meetings with the US Chamber of Commerce, the US State Department for the National Security Council and also the Kenyan Diaspora community.

He is also planning on meeting various technology giants at Silicon Valley, San Francisco with a vision to promote IT and technology relations between the two states.

“Raila will outline his vision for Kenya, underline the importance of the strategic and historic US/Kenya relationship and the vital interests that the two counties share in the region,” The Azimio spokesperson Makau Mutua said during a Wednesday Press release.

Mutua and the former head of Public Service Sally Kosgey are also in the trip.

Why you need diplomatic networks if you want to be president

Travel abroad has been seen as high risk, high reward for candidates.
News
3 months ago

The ODM chief flies out next Monday for five days
News
4 months ago
“WATCH: The latest videos from the Star”
by SHARON MWENDE
News
22 April 2022 - 17:10