• However, Igathe said that the confirmation was verbal, and that the Azimio leadership is expected to announce the issue on Friday.

• Igathe expressed his confidence that the Azimio will make the announcement on Friday, including how other positions will be filled. 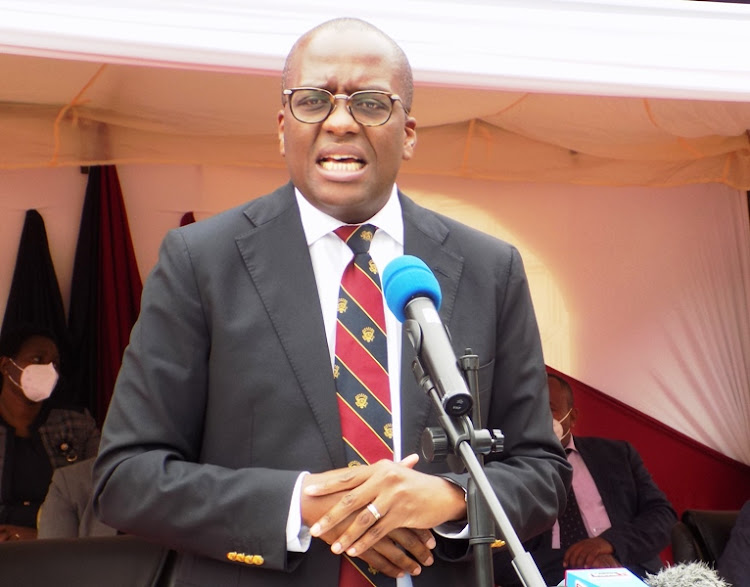 Jubilee Party aspirant for the Nairobi governorship seat Polycarp Igathe has revealed that other candidates vying for the same seat under the Azimio La Umoja Movement Coalition Party have endorsed him.

In his interview with the media on Thursday evening after a high level meeting with President Uhuru Kenyatta at State House, Igathe said that he will now fly the Azimio flag.

"I'm very pleased to tell you verbally that they have already confirmed to me that they will be supporting my candidature as the governor of Nairobi County and we are going together as a team," Igathe said.

The meeting was attended by other Azimio leaders, including ODM leader Raila Odinga, Kalonzo Musyoka, Martha Karua among others.

He said that there was an agreement from the meeting.

However, Igathe said that the confirmation was verbal, and that the Azimio leadership is expected to announce the issue on Friday.

"In terms of consultations, verbal conversations are not confirmed, what is confirmed is what comes from our party leaders but for me, I will like to celebrate them."

He added that the move from the other aspirants to relinquish their bid and back him is all about the Azimio winning together, and not as individuals alone.

Igathe expressed his confidence that the Azimio will make the announcement on Friday, including how other positions will be filled.

This comes as ODM aspirant for the Nairobi governor seat Tim Wanyonyi insists that he will be on the ballot come August 9.

Igathe's entry in Nairobi politics has however angered a section of Luhya leaders in Nairobi who have demanded joint nominations between Igathe and Wanyonyi.

Speaking to the press on Wednesday, the leaders insisted that the Mulembe nation refuses to be looked down upon and will not let themselves be used.

Westlands MP aspirant Phillip Kisia said the Luhya community has been loyal for many years and supported Raila Odinga, adding that this should earn them the respect.

“Luhyas we are number two in Nairobi and we have to be respected,” he said.

This follows Igathe's late entry into the race for Nairobi governor.
News
5 months ago

Should Tim Wanyonyi be Igathe’s deputy in Nairobi governor race?