•Ojienda bagged the ticket after garnering 39, 336 votes against his closest challenger nominated Senator Rose Nyamunga who got 18,319. 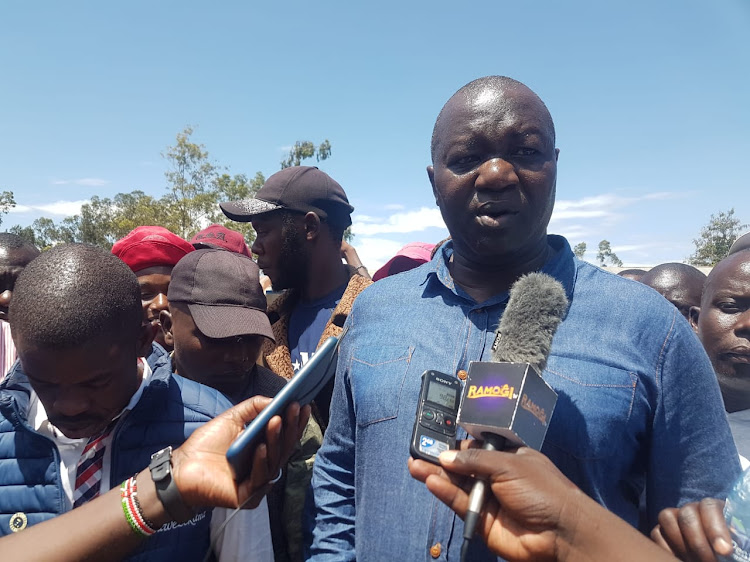 Ojienda bagged the ticket after garnering 39, 336 votes against his closest challenger nominated Senator Rose Nyamunga who got 18,319.

Ruth grabbed the ticket by scoring 23,665 votes against her closest challenger Rose Omondi who managed 13,685 votes.

In Muhoroni, the incumbent MP Onyango Koyoo beat four other contestants to clinch the ODM ticket.

In the Kisumu East constituency, Nicholas Oricho emerged the winner after beating three other opponents. Oricho won after getting 4,533 votes against his main opponent Senior counsel James Mwamu who got 2,626.

In Nyakach, the incumbent MP Aduma Owuor made his first step towards recapturing his seat after flooring six aspirants who were also eying the ticket.

Aduma got 3,893 votes to emerge victorious while former MP Daima Ochieng managed 3,000 votes to secure the second position in the race.

The polls were not conducted in Seme, Kisumu West and Nyando where ODM issued direct tickets.

In Kisumu West, the ticket was given to Rosa Buyu, who is the current Kisumu woman representative. She is eying to replace incumbent Olago Aluoch of DAP-K.

About 90 per cent of the members of the Kisumu County Assembly were sent parking during the primaries which saw comebacks in some of the wards within the county.

The official results were declared by the County ODM returning office Jackeline Sanaipei Muntet at Tom Mboya Labour College, which was the tallying centre.

Before announcing the results, ODM commissioner Nchoe Syntei pleaded with losers to remain in the party and support those who emerged winners for the sake of unity.

The first time legislator was kicked out in the  hotly contested primaries.
News
3 months ago

Gunshots as Ruth Odinga is caught in chaos during ODM primaries

Ruth Odinga was leaving the polling station when the chaos started.
News
3 months ago
“WATCH: The latest videos from the Star”
by DICKENS WASONGA AND MAURICE ALAL
News
20 April 2022 - 01:56