Ruto had earlier announced that MC Jessy will join his presidential campaign team.

•MC Jessy announced that he is still in the race to represent South Imenti residents in the National Assembly. 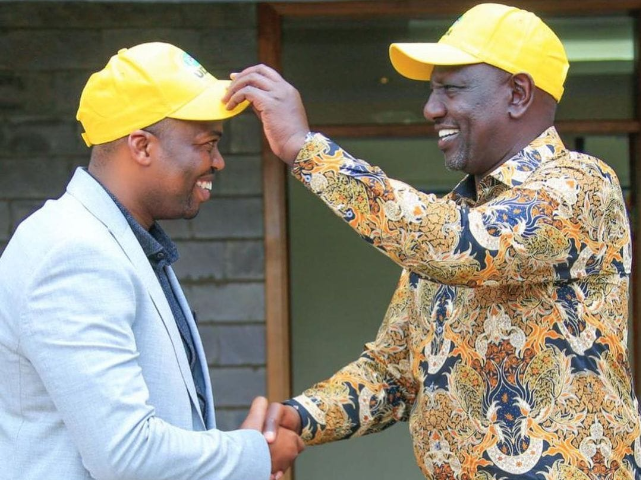 Comedian Jasper Muthomi, commonly known as MC Jessy, has announced that he will vie for the South Imenti MP seat in the August 9, general elections as an Independent Candidate.

The comedian on Monday dispelled reports that he was out of the race saying his dream to represent South Imenti residents at the National Assembly is still on.

“Sent like an arrow from a mighty man’s hand. We keep going….. Bado Tuko kwa race. Let’s do this South Imenti, August 9 it is,” he tweeted.

His announcement comes days after he announced dropping out of the race in favour of Mwiti Kathaara.

On Wednesday last week, Deputy President William Ruto said the comedian will take up a role in his presidential campaign team.

"MC Jessy (Jasper Muthomi) will join the presidential campaign team after postponing his parliamentary bid in favour of Mwiti Kathaara for the South Imenti Seat," the DP tweeted.

In January, the comedian confirmed that he had officially joined the UDA party after wider consultations.

MC Jessy said the DP called him and invited him to the UDA party.

"It’s now clear where the vision is heading. After many days of consultative meetings with my South Imenti people, I have officially been invited to join UDA," he said.

Jessy dropped his bid in favour of Mwiti Kathaara.
News
1 month ago

Mwirigi said she has no confidence in Thursday's primaries
Counties
1 month ago
WATCH: The latest videos from the Star
by KEVIN CHERUIYOT Online Journalist
News
18 April 2022 - 16:13