•At one time, Kihara and Kihagi clashed at the tallying hall over the ballot boxes that were brought in without seals. 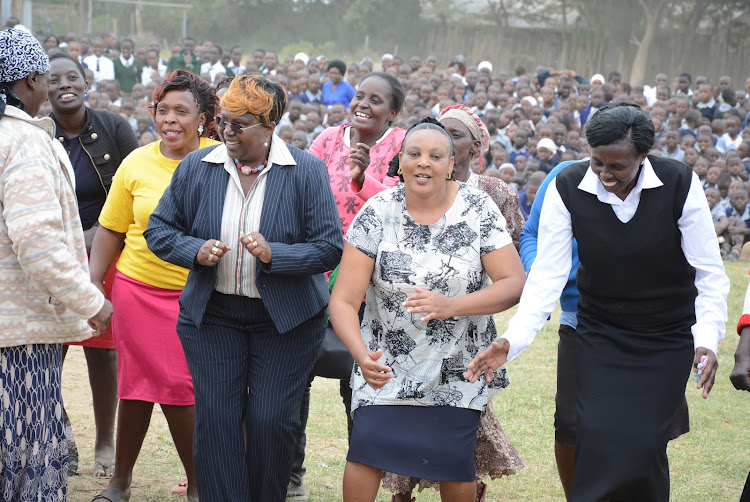 Naivasha MP Jayne Kihara has joined the list of losers in the ongoing UDA primaries across the country.

The outspoken MP who stormed out of the tallying center lost by over 400 votes in an exercise that was marred by allegations of malpractices and bribery.

At one time, Kihara and Kihagi clashed at the tallying hall over the ballot boxes that were brought in without seals.

Kihara rejected the results noting that the ballot boxes had been tampered with before walking in a huff only for Kihagi to be announced the winner hours later.

Addressing the press, Kihagi termed the nomination exercise as free and fair, noting that UDA had proven the naysayers wrong.

He admitted that the nominations faced challenges which had been addressed in the course of the day.

“UDA has shown the country that despite meagre resources, we can organize free and credible elections ahead of the main event in August,” he said.

He challenged Kihara to concede defeat, noting that in 2012, he accepted losing in the Jubilee primaries and went ahead to support the current MP.

On his part, Naivasha East MCA Stanley Karanja who also won in the primaries termed the exercise as free and fair.

“We thank Naivasha residents for the peaceful exercise and the next journey of kicking out the dynasties from power starts on August 9,” he said.

In Gilgil, the tallying exercise was temporarily suspended with area MP Martha Wangari leading against her closest rival Stephen Gatimu.

By the time of going to the press, it was not clear who had picked the nomination certificate with each party claiming to have won.

In Nakuru, hopefuls accused some powerful party members of planting seeds of discord
News
2 months ago

Ruto has, however, assured UDA aspirants that the primaries will be free and fair.
News
2 months ago
WATCH: The latest videos from the Star
by GEORGE MURAGE
News
15 April 2022 - 11:58