Postponed elections to be conducted between Friday and Tuesday in affected areas.

• Tharaka Nithi Senator Kithure Kindiki said the party will take firm and resolute action against those who instigated violence.

• Mwaura maintained that those culpable of destroying property in the primaries will be held personally liable and shall pay for the destructions. 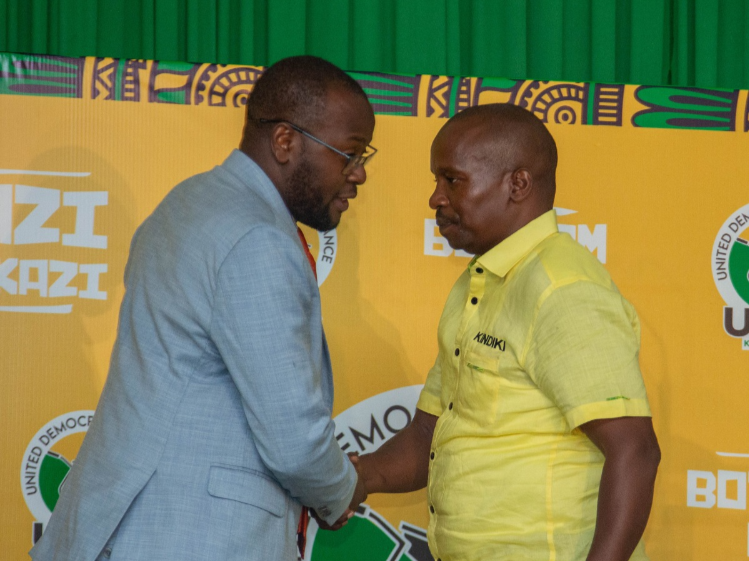 Voting has ended in most of the polling stations where the exercise started as scheduled, UDA National election board chairman Anthony Mwaura has said.

Mwaura said tallying is now underway in those stations with results expected to start streaming.

However, in areas where the exercise started late due to violent and logistical issues, the voting is still going on and will only end after the last person in the queue cast their ballot.

Mwaura maintained that those culpable of destroying property in the primaries will be held personally liable and shall pay for the destructions.

He said the board will conduct repeat elections between Friday and Tuesday in areas where the exercise was interrupted due to violence and other reasons.

Tharaka Nithi Senator Kithure Kindiki said the party will take firm and resolute action against those who instigated the violence.

"This has been the most elaborate and sophisticated primaries ever to be conducted in the history of the country," he said.

Kindiki said that the party leader, Deputy President William Ruto has personally been monitoring the exercise since it started at 6 am.

"The party leader has been following this exercise since it started at 6am. He has been informed of what has happened since morning," he said.

Kindiki said the voting was observed by both local and international observers, giving credibility to the day-long exercise

"Over 500 international observers are observing the process. We also had internal party observers," he said.

Aspirants aggrieved with the process or outcome of the UDA primaries have 48 hours from the time the results are announced to file complaints.

The party's electoral dispute resolution committee chairman Emmanuel Mumia said they have set up an elaborate office and secretariat to receive the complaints.

"To no aspirant will justice be denied, be sold or delayed," Mumia said.

He said that upon filing of a complaint, a complainant shall be required to serve the accused - NEB and competitor - with one hour.

The parties shall then respond within 24 hours before the board sits to hear and determine the case.

The strict timelines, he said, follows stringent provision in the election laws that requires all primaries and related disputes be completed and resolved by April 22.

The Board is expected to receive several complaints after aspirants across the country expressed their concerns with the exercise.

"We will sit day and night to ensure that we conclude the cases within the shortest time possible" he said.

He promised that the board will be fair to all parties, adding that it does not take instructions from anybody, including the party leader, Deputy President William Ruto himself.

UDA party held its nomination exercise across the country on Thursday.
News
1 month ago

Reports indicated that UDA had not paid for the hall.
News
1 month ago
“WATCH: The latest videos from the Star”
by JULIUS OTIENO Journalist, Political and Parliamentary Reporter
News
14 April 2022 - 20:54