Uhuru lauds AIPCA church for uniting after years of division

He reminded Kenyans on the importance of peace, and unity.

• The president had joined the AIPCA faithful for the church’s joint holy oil consecration ceremony and prayer service.

• Uhuru also praised the leadership of the church for putting aside their differences and agreeing to work together for the progress of the church. 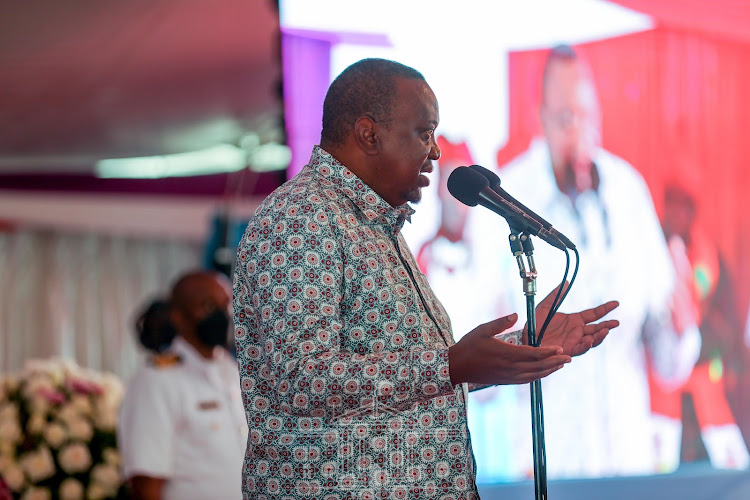 President Uhuru Kenyatta on Thursday commended the African Independent Pentecostal Church of Africa (AIPCA) for uniting after years of division.

Uhuru also praised the leadership of the church for putting aside their differences and agreeing to work together for the progress of the church.

“The journey of restoring peace and uniting the church that was embroiled in a long-drawn leadership wrangle has not been easy. I thank the National Presiding Archbishop Samson Muthuri, Archbishop Dr. Julius Njoroge and Archbishop Fredrick Wang’ombe for forgiving one another and coming together to unite the church,” Uhuru said.

The president had joined the AIPCA faithful for the church’s joint holy oil consecration ceremony and prayer service.

The special service that was held at the Gakarara AIPCA church at Kandara in Murang’a County, was led by the AIPCA National Presiding Archbishop Muthuri assisted by Archbishops Wang’ombe and Dr. Njoroge.

Uhuru also took the opportunity to remind Kenyans on the importance of peace and unity, saying there is nothing that can defeat the two virtues.

“Therefore let us all embrace peace and unity that will help us build a nation that every Kenyan will be proud of wherever they are, a nation where people forgive each other and live together harmoniously,” uhuru said. 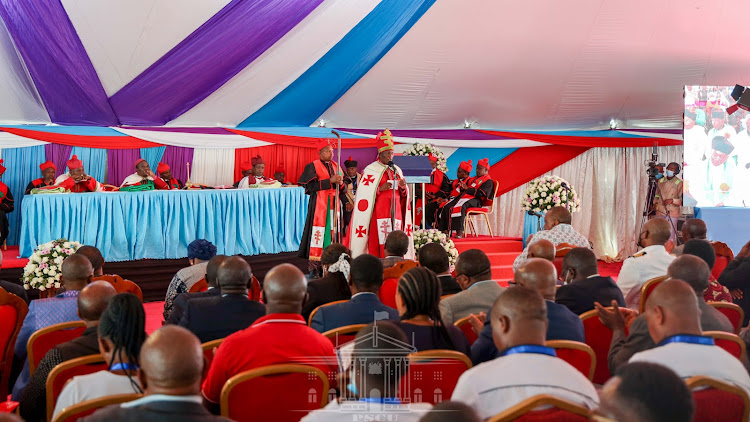 Speaking during the event, AIPCA National Presiding Archbishop Muthuri led his colleagues Archbishop Dr. Njoroge and Archbishop Wang’ombe in assuring that the church is now united and will never separate again.

He thanked the president for his support and the role he played in uniting the church.

“You have supported us and assisted us in many ways. Your guidance has helped us reach where we are,” Archbishop Muthuri said.

Archbishop Njoroge thanked God for using the president to bring down the wall of division and resolve the conflict that had lasted close to 17 years and caused a lot of pain and anguish among members of the church.

“I shall not forget since you joined our struggle to bring peace in this church you have levelled the stairs, you have struggled with us and today we are reaping the fruits of that struggle. Today is the day that we have marked the end of violence in the church,” Archbishop Njoroge said.

Archbishop Fredrick Wang’ombe who delivered the sermon during the service quoted extensively from the Book of Mark 4:35, saying despite the circumstances which prevailed in the church God was still in control and finally peace has prevailed. 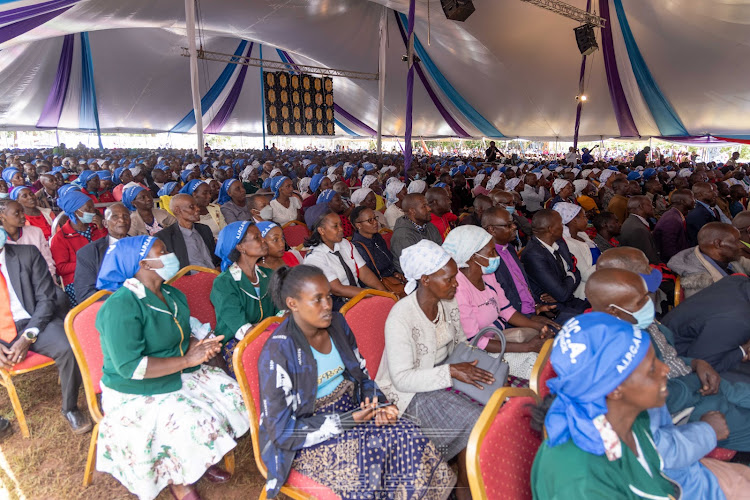 Clerics call on Uhuru, Ruto to tolerate each other

On Friday, President Uhuru told Kikuyu elders that DP Ruto wanted him out of office.
News
1 month ago
WATCH: The latest videos from the Star
by KEVIN CHERUIYOT Online Journalist
News
14 April 2022 - 18:19