• Nyali MP Mohamed Ali will defend his seat on a UDA party ticket.

• Ruto congratulated the team for their unity ahead of the election where they will face the Azimio La Umoja Coalition One Kenya. 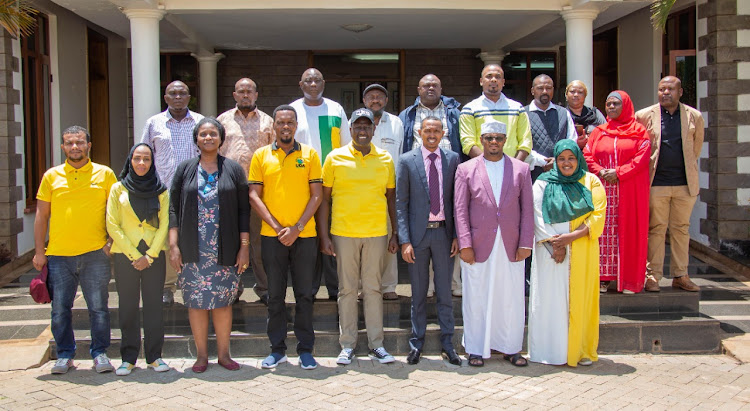 In a statement after meeting with the aspirants from the County at his official Karen residence, Nairobi, Ruto said the team agreed on who will fly the UDA flag in the governor, senate and woman representative seats.

"We are glad the Mombasa UDA team has reached a consensus on Hassan Omar Hassan as its gubernatorial candidate, Khamisi Mwaguya as the Senate contender, and Fatma Bakari Barayan as the Women Representative contestant," Ruto said. 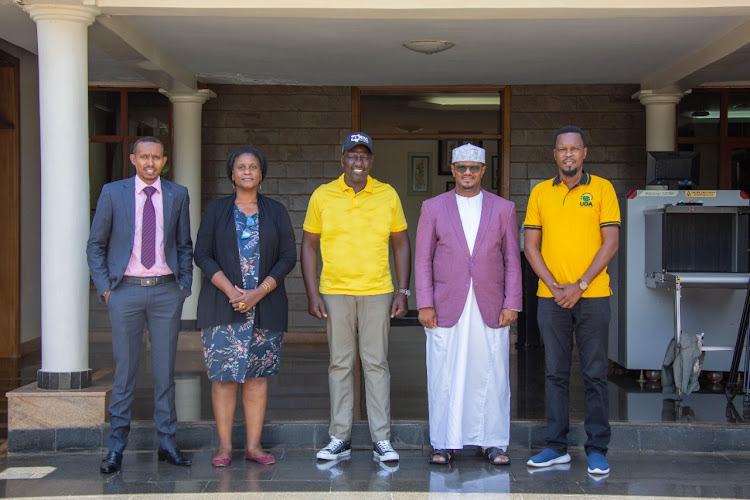 He congratulated the team for their unity ahead of the election where they will face the Azimio La Umoja Coalition One Kenya.

Ali won his seat in the 2017 elections as an Independent candidate but has been closely working with the DP.

This comes a day before the alliance conducts its primaries across the country.

UDA national elections board on Wednesday announced that preparations for the party's primaries scheduled for Thursday are complete.

NEC chairman Antony Mwaura said that all election materials including ballot boxes and papers have already arrived at the polling stations ahead of the exercise.

The voting will take place in 36 counties across the country in the exercise that will only be open to the eight million registered UDA members.

UDA said all election materials have already arrived at the polling station.
News
1 month ago

Former senator alleges that the incident was a warning shot aimed at instilling fear in politicians not in Azimio
Counties
1 month ago
WATCH: The latest videos from the Star
by KEVIN CHERUIYOT Online Journalist
News
13 April 2022 - 16:46