• Motorists and transporters in Kampala are paying Sh30.73 more per a litre of super petrol.

• Currently, a litre of super petrol is selling at Sh134.72 in Nairobi. 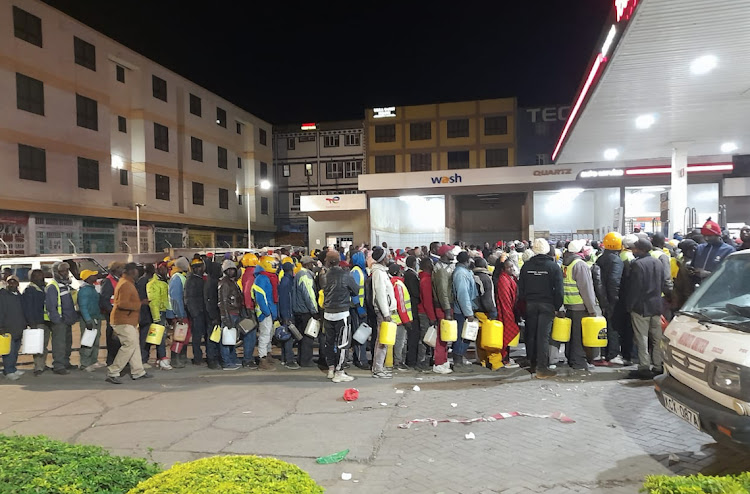 Kenyans are paying up to Sh30 less for fuel compared to Ugandans and Tanzanians.

Currently, a litre of super petrol is selling at Sh134.72 in Nairobi.

In Tanzania, motorists in Dar es Salaam are parting with Sh29.30 more per litre of diesel at Sh144.90.

The same scenario is replicated in kerosene prices.

Ugandan citizens who rely on kerosene for cooking are paying Sh34.46 more for a litre of the product compared to their Kenyans.

In Dar es Salaam, a litre of kerosene is retailing at Sh40.21 more than in Nairobi. Tanzanians are paying Sh143.75 per litre for the precious commodity.

The above scenario is the exact opposite of what the situation was in September last year when fuel was expensive in Kenya compared to the two countries.

Kenya most expensive country to buy fuel in East Africa

At that time, Kenyans were paying up to Sh19 more for a litre of petrol compared to their neighbours in Tanzania, Uganda and Rwanda as heavy taxation took a toll on consumers.

This was after fuel prices in Kenya hit a historic high after prices of petrol, diesel and kerosene increased by Sh7.58, Sh7.94 and Sh12.97, respectively.

In Uganda, which imports part of its fuel through the Port of Mombasa, a litre of super petrol was retailing at Sh131 compared to Kenya's Sh134.72.

Despite being a land-locked country importing its fuel through Tanzania and Kenya, fuel in Rwanda was still cheaper than in Kenya in September 2021.

To stabilize prices and make fuel affordable to Kenyans, the government has issued a fuel subsidy.

Amid these low prices, the country is experiencing an acute shortage of fuel in most fuel stations.

Long queues of motorists and boda boda riders have become a common sight in most urban centres as Kenyans scramble for the liquid gold.

The fuel shortage is being witnessed despite an assurance by the Kenya Pipeline Company that it has sufficient oil reserves in its depots across the country.

My hunt for petrol as shortage bites.
News
4 months ago

Prices in the country have spiked in the last three weeks following an acute shortage.
Counties
6 months ago
WATCH: The latest videos from the Star
by EMMANUEL WANJALA Radio, Print & Digital Reporter
News
13 April 2022 - 13:15