Tuju spoke after chairing a meeting of all Azimio-OKA Secretary generals at a Nairobi hotel.

• Tuju said the coalition is intact and that whatever challenges they have will be sorted. 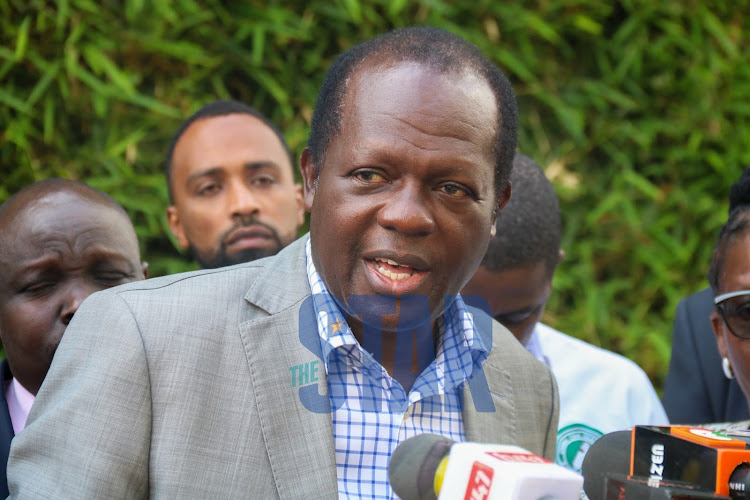 Speaking on Tuesday, Tuju said the coalition is intact and that whatever challenges they have will be sorted.

"We are together, my sister here has confirmed, SG has confirmed... It is friendship and sometimes we'll have conflict, it happens in every family," he said during a press briefing at Serena Hotel.

Tuju insisted that their focus is delivering victory in the August 9 General Elections.

"We will resolve the matter and how it will be resolved we leave it to the team within the coalition that is going to deal with the matter. As far as I'm concerned, there's no cause for alarm."

He said the teething problems being experienced in the coalition are normal occurrences during coalition building and the principals led by ODM boss Raila Odinga are now ceased of the concerns raised by the OKA team.

He exuded confidence that the matter will be addressed amicably.

Tuju spoke after chairing a meeting of all Azimio-OKA Secretary generals at a Nairobi hotel.

"It was an open meeting on how to move forward. We agreed to rally behind our presidential candidate Raila Odinga," he said. 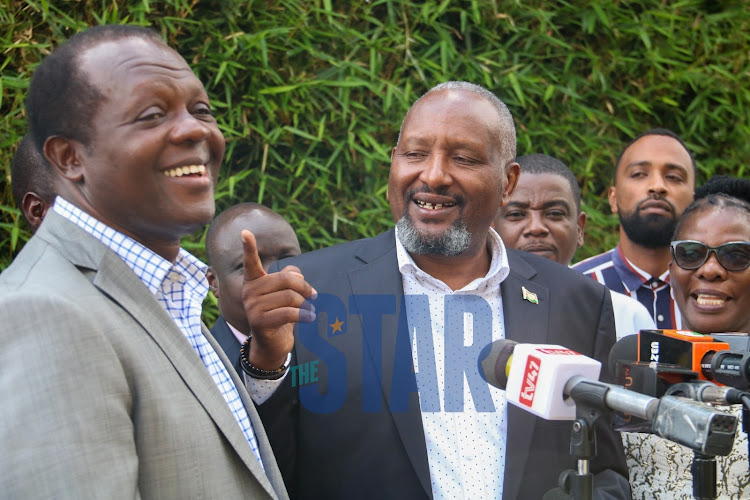 The parties argued that there is a hidden agenda to change an original agreement that was signed by three caucuses in order to include a fourth caucus without the consent of all parties.

Wiper Secretary General Shakila Mohamed said the matters that were being raised over the content of the coalition deal were legitimate concerns and they are satisfied that a solution will be reached.

"We want to affirm our unity and state that Azimio-OKA is intact and we are moving together. Of course, as we move together there must be turbulence," she said.

"We want to tell you that the letters were legitimate and are being handled by the principals." Kanu Secretary General Nick Salat said.

Azimio-OKA like any other coalition is prone to teething problems which he noted will be surmounted.

"Whatever came out, we are having our principals deal with it. It is not that we are not united behind our presidential candidate Raila Odinga," said Salat.

Democratic Action Party of Kenya SG Eseli Simiyu said the matters went out of hand because the coalition initially had no platform to deliberate on emerging issues.

"We didn't have a forum where we could sit and SGs to consult now we will be able to consult more and we are more united," said the Tongaren lawmaker.

"Politics is about numbers, let's not lose focus," Mutua said.
News
2 months ago

Among the issue of contention is the running mate stalemate.
News
2 months ago
by LUKE AWICH AND BRIAN ORUTA
News
12 April 2022 - 11:33