Ruto to State: No need to renovate my Karen residence now

Ruto asked the State to think of the millions of Kenyans facing hunger.

•President Uhuru Kenyatta’s associates informed one of the local dailies that the State Department of Public Works is ready to issue a vacate notice to Ruto and his family. 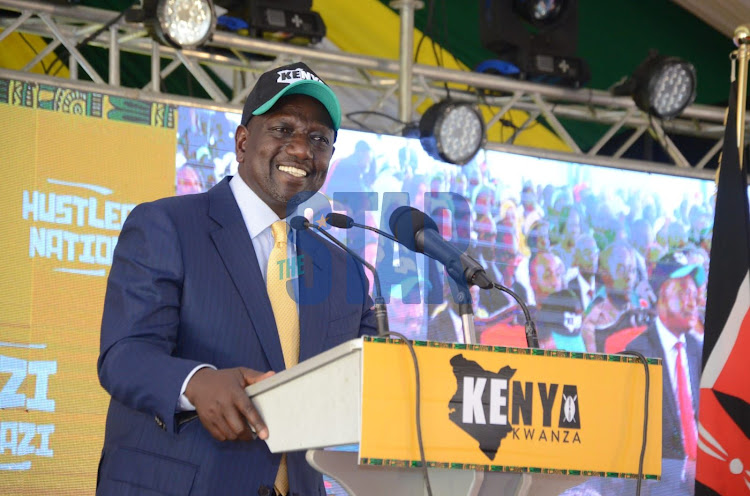 The Kenya Kwanza Alliance leaders on Tuesday chided the government for attempting to evict Deputy President William Ruto from his official Karen residence in Nairobi.

This comes hours after a local media report said there is a looming plan to evict Ruto in the name of renovating the office for the next deputy president of Kenya.

The report said  President Uhuru Kenyatta’s associates, privy to the developments, said the State Department of Public Works is ready to issue a vacate notice to Ruto and his family.

On Tuesday, the DP’s alliance signed the agreement with eight parties at the Racecourse Hotel, Nairobi, where they agreed to walk together ahead of the August 9 elections.

It was during the event that the leaders who spoke used the opportunity to hit the government for such plans at a time when the country is facing a number of challenges.

Expressing his confidence that the next deputy president will come from the Kenya Kwanza team, Ruto said that there is no need to prioritise renovation at this time.

“I want to tell the good people who want to assist us with a renovation that for Kenya Kwanza, renovating the residence of the deputy president is not a priority. The priority is to sort out the hunger of the 3 million Kenyans who today are sleeping hungry,” Ruto said.

The DP faulted a section of people who he accused of being possessed with positions even as Kenyans face starvation.

“It is only inhuman if anybody thinks that while we have 3 million Kenyans facing starvation, the priority is to renovate the office of the deputy president,” Ruto added.

During the event, the DP allies also asked the government to consider prioritising issues affecting the people, including the current fuel shortages and high food prices.

The parties will retain their distinct identities but support Kenya Kwanza flagbearer.
News
1 month ago

Kenya Kwanza allied politicians claimed plot to pass a vote of no confidence was being hatched.
News
1 month ago
WATCH: The latest videos from the Star
by KEVIN CHERUIYOT Online Journalist
News
12 April 2022 - 19:09