• Sonko’s name was part of the list of six aspirants forwarded to IEBC from three counties.

• Last week, the former vice president came out to defend Sonko saying that the former Nairobi Governor cannot be denied a ticket since he has not been charged with a crime. 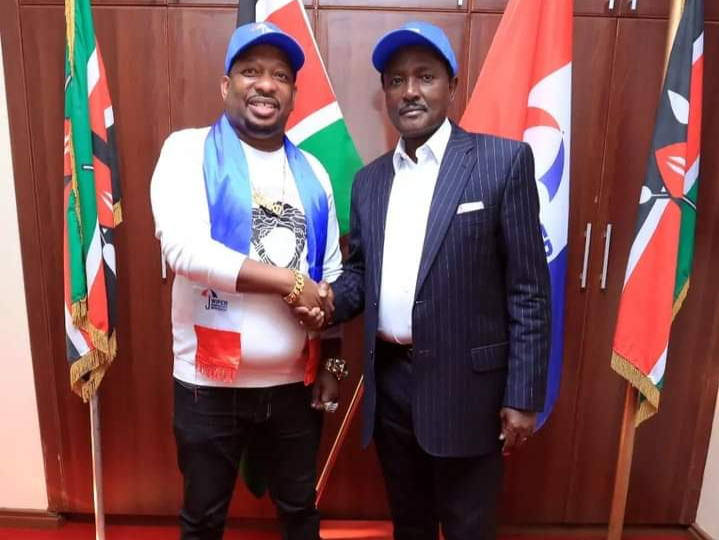 Hours after reports indicated that former Nairobi Governor Mike Sonko has been cleared by the Wiper party to vie for the Mombasa governor seat in the August 9, polls on a Wiper party ticket, the outfit has denied giving Sonko a nod.

The party secretary-general Shakila Abdalla has said that the party had given a direct ticket to Kisauni MP Ali Mbogo who will be seeking to succeed Governor Ali Hassan Joho who is serving the last term.

"I'm not sure about Sonko's case but what I know is that Mbogo was given the nomination certificate," Abdalla said told the Nation.

According to the SG, Mbogo was awarded a direct ticket by Wiper during the party's NDC at the Bomas of Kenya.

Sonko’s name was part of the list of six aspirants forwarded to the Independent Electoral and Boundaries Commission by Wiper as aspirants they cleared for the nominations.

Wiper's National Elections Board vice-Chair Agatha Solitei had confirmed to Capital News FM on Monday that Sonko will face off with Mbogo in the primaries.

“That’s the list we have forwarded to the Independent Electoral and Boundaries Commission, and yes Sonko has presented himself as a candidate in the Mombasa Governor race,” she said.

Last week, the former vice president came out to defend Sonko, noting that the former Nairobi Governor cannot be denied a ticket since he has not been charged with a crime.

“Sonko has not been charged with crimes against humanity. He was only impeached by the County Assembly of Nairobi and the decision was upheld by the Senate," he argued then.

Last month, Sonko joined the party after resigning as a Jubilee Party member following his impeachment back in 2020.

He is seeking to revive his political career following his impeachment.
News
1 month ago

Recent opinion polls show that Nassir is leading with 48 per cent
Counties
2 months ago
WATCH: The latest videos from the Star
by KEVIN CHERUIYOT Online Journalist
News
11 April 2022 - 22:11