Richard Ngatia endorsed by Kiama elders ahead of Jubilee nominations

He promised to deal with city cartels whom he said are controlling Nairobi.

• The event which took place in Kangemi was attended by hundreds of Supporters and politicians from different parties.

• This comes a day before Jubilee party begins its five day nominations  ahead of the August polls. 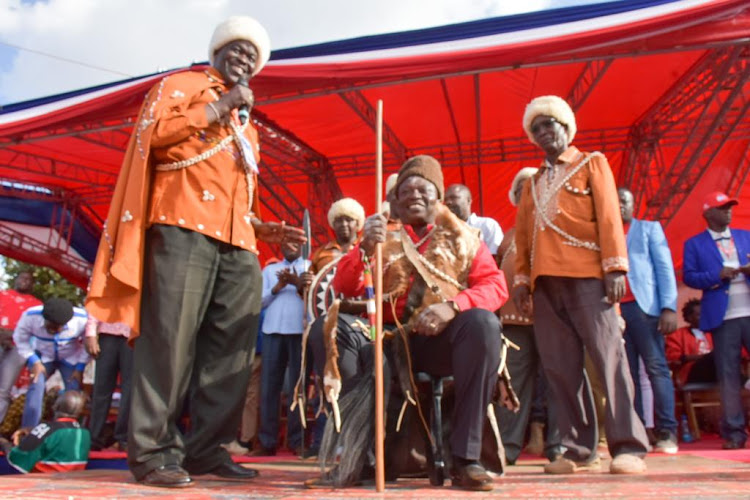 Kangemi was brought to a standstill today as Nairobi governorship aspirant Richard  Ngatia  officially launched his candidature for the position.

This comes a day before Jubilee party begins its five day nominations  ahead of the August polls.

The event which took place in Kangemi was attended by hundreds of Supporters and politicians from different parties.

In the company of his wife, Ngatia who is also the Kenya National Chambers of Commerce and Industry (KNCCI) president was endorsed by the Kikuyu Kiama elders.

On his part, Ngatia said he is committed to transforming Nairobi by making it a better place. 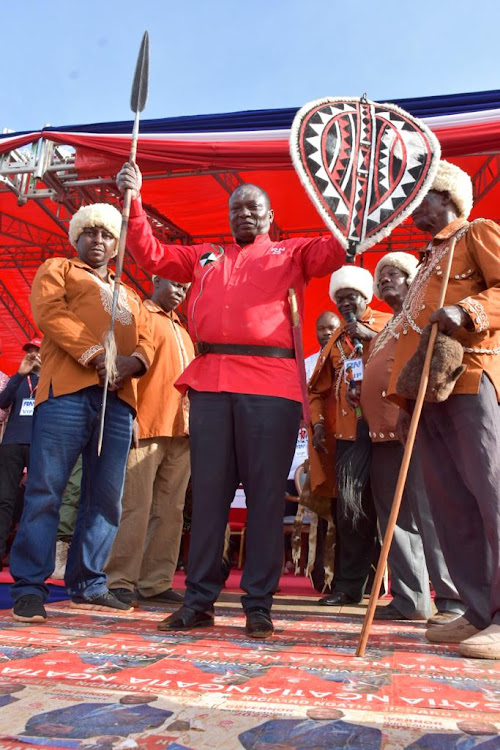 In particular, Ngatia said he will bring in policies that will see the current markets improved and put into a quality state.

“My dream is to make Nairobi a place where everyone can do business effectively. This city controls 60 per cent of our GDP,” Ngatia said.

He also promised to deal with city cartels that have controlled Nairobi for the longest time ever.

To bring order in the city , he vowed to consult with Matatu Owners and operators and come up with policies on how they could collaborate to reduce traffic.

"No matatus will be kicked out of CBD but in my administration  we shall sit and find a solution to end the traffic menace," Ngatia added.

The Jubilee hopeful governorship aspirant further stated that if elected, he will engage the Kenya Revenue Authority to give a waiver for starting small business enterprises.

He noted that  there is need to cushion  small businesses and would further recommend tax policy reforms that are certain, convenient and efficient and that enables taxpayers to pay taxes efficiently.

“We must have a conversation with the Kenya Revenue Authority to see how we can support  these small and  micro enterprises startups through waivers for at least 7 years before you start speaking to them about taxes."

The KNCCI president will battle out for Jubilee Party ticket with Governor Ann Kananu, and Businesswoman Agnes Kagure.

Already Senator Johnson Sakaja has been fronted as United  Democratic Alliance (UDA) governorship aspirant while Westlands MP Timothy Wanyonyi  is the only candidate from the Orange Democratic Movement (ODM) Party. 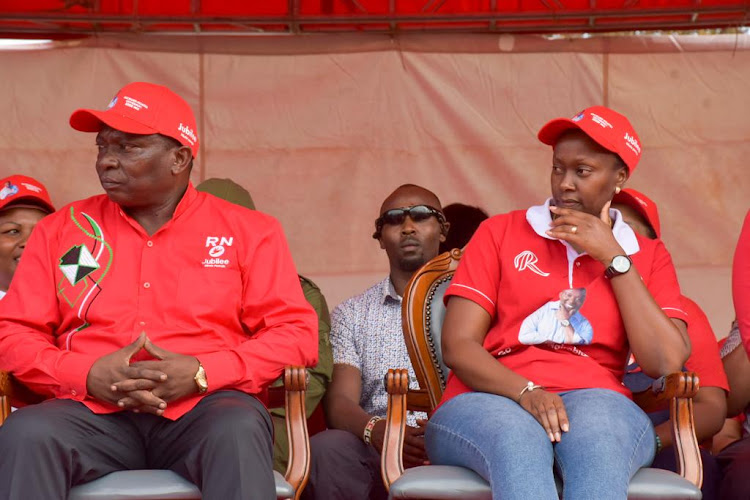 Nairobi County governorship aspirant Richard Ngatia with his wife during the endorsement by Kikuyu elders on April,10,2022.
Image: MERCY MUMO

Sakaja to vie for Nairobi governor on Ruto's UDA party

Westlands MP Tim Wanyonyi is the sole ODM aspirant for the seat.
News
1 month ago
WATCH: The latest videos from the Star
by MAUREEN KINYANJUI News Reporter
News
10 April 2022 - 18:37