Naado said shortlisted candidates bearing Muslim names are drawn from across the country.

•In a statement issued by the SUPKEM National Chairman Al-Hajj Hassan Hassan Ole Naado, the council raised concerns over a suit filed at the Milimani Law Courts by Memba Charo.
•In the suit, Charo is seeking orders to stop the ODPP from proceeding to interview candidates shortlisted for various positions in the ODPP citing nepotism. 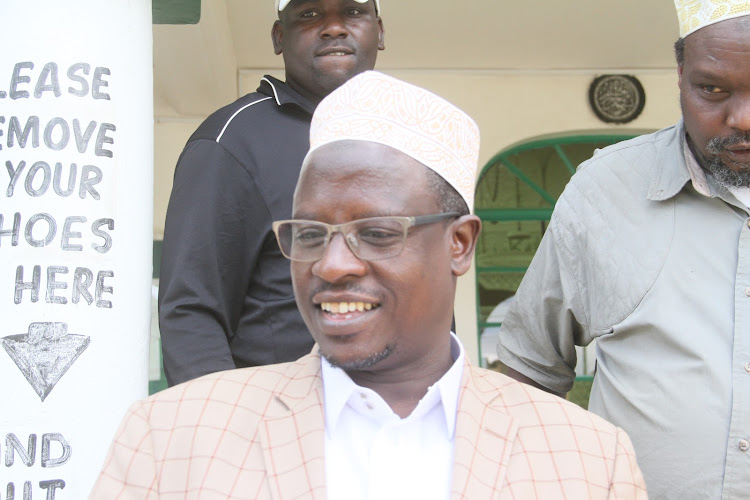 The Supreme Council of Kenya Muslims (SUPKEM) has waded into the simmering row on the shortlisting of candidates for different positions by the office of the Director of Public Prosecutions (DPP).

In a statement issued by the SUPKEM National Chairman Al-Hajj Hassan Hassan Ole Naado, the council raised concerns over a suit filed at the Milimani Law Courts by activist Memba Charo.

In the suit, Charo is seeking orders to stop the DPP from proceeding to interview candidates shortlisted for various positions in the DPP citing nepotism.

The DPP has advertised and shortlisted candidates for the positions of Senior Principal Finance officer, Principle administrative officer, principal accountant and senior supply chain management officer that attracting a large number of Kenyans who met the minimum requirement.

According to the DPP announcement special consideration was given to persons who were currently least represented at the ODPP and from marginalized areas and persons with disabilities.

However, Naado refuted the claims saying applicants presumed to be Muslim are only 45 out of 148 and the shortlisted candidates bearing Muslim names are drawn from across the length and breadth of the Republic of Kenya where Muslims are resident or domiciled and that they are not all the 45 are Somali.

“We find it shocking and unacceptable for Charo to claim nepotism yet applicants presumed to be Muslim are only 45 out of 148!  Therefore, we find the claims of nepotism in Charo’s suit amounting to nothing else but a clear intention to profile Muslims for discrimination, marginalization and exclusion,” Naado said.

He said not all Muslims are Somali and being shortlisted for interviews does not mean having been employed questioning why Charo is launching a pre-emptive attack against Muslims.

The council boss further reminded Charo and his legal team led by Danstan Omari that there is a difference between the ODPP as established under Article 157(1) of the Constitution of Kenya 2010 and the person of the Director of Public Prosecutions holding office and discharging functions as per Article 157(2)-(11).

He continues to say; “So, when only 45 Muslims appear in a list of 148 shortlisted candidates, Charo cries foul! This attitude is unacceptable, cannot be allowed to obtain and Muslims condemn this kind of profiling in the strongest terms possible.”

The council chairman Omari if he has scores to settle with Director of Public Prosecutions  Noordin Hajj, it is unacceptable for him to drag the entire Muslim community in their dispute through frivolous, vexatious and malicious suits terming it an abuse of the courts and the Muslim community shall not allow any person to drag its name into mischief.
On Thursday, The Director of Public Prosecutions Noordin Haji denied claims of favouritism when hiring staff.

Haji said that he was aware of the allegations in which he is accused of hiring people from the same religion.

He insisted that the constitution has affirmative action clauses which require that we have equal representation of all tribes in the country.

"These are people on a smear campaign," the DPP said.
News
2 months ago
“WATCH: The latest videos from the Star”
by KIPLANGAT KIRUI Correspondent
News
09 April 2022 - 16:06