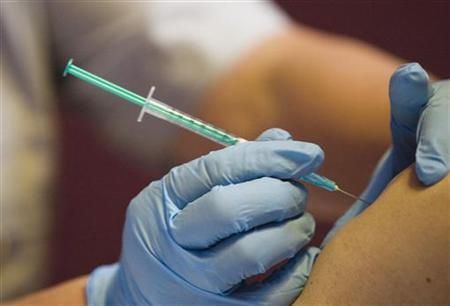 Researchers in Kenya have kickstarted trials for injectable HIV drugs cabotegravir and rilpivirine.

The World Health Organisation 2020, licensed a combination of the two ARVs as injectable given once every two months.

However, studies that led to this licensing were mostly done in Europe, Americas and Asia whose populations and socioeconomic backgrounds significantly differ from Africa.

Local researchers are therefore testing the delivery of the injectable in an African health care system.

The trial is being carried out in Kenya, Uganda and South Africa.

The first patient in Kenya was injected with the antiretroviral at Aga Khan University Hospital, Nairobi, last week, Thursday.

“This study is looking at using a different way of taking the HIV medicine; using injections of two medicines given once every two months," Prof Rena Shah said

"These injected medicines have worked well in previous studies done in the USA, Europe and South Africa but have not yet been evaluated in the rest of Africa.”

Shah, an infectious disease expert at Aga Khan hospital, who is leading the study.

In a statement, Shah said the injection is expected to improve people’s lives because they no longer have to swallow medicines every day, which they sometimes forget.

“Successful treatment of HIV leads to control of viral multiplication. This success relies on people taking their drugs regularly,” she said.

“The way someone takes their drugs may depend on several factors that include the number of drugs taken, ease of swallowing, number of times they are taken, taste and side effects.”

The trial is being coordinated from Uganda at the Joint Clinical Research Centre in Kampala.

Kenya and Uganda each has three trial sites and there will be two in South Africa, with a total of 512 participants – 160 from Kenya, 202 from Uganda, and 150 from South Africa.

The study is called the CARES (Cabotegravir And Rilpivirine: Efficacy and Safety Study.)

The Aga Khan medics said the studies that led to licensing of the cabotegravir and rilpivirine in 2020 had more Caucasians, more males proportionately, and significantly better health systems.

“Additionally, the trial setting was overly regulated with intense laboratory testing which is not the case in the public health sector in Africa,” a statement from Aga Khan read.

“The findings, therefore, although positive, cannot be generalised to a public health setting in Africa.”

The ongoing study is funded by Janssen EMEA with drug donations from both manufacturers of Cabotegravir ((Viiv/GSK) and Rilpivirine (Janssen).

Participants are adults living with HIV who are already on treatment with the oral ARV pills.

They will be randomised to either continue their tablet ART or go onto the injection.

Those on injection will have the option of either starting the injection straight away or taking the tablet form of Rilpivirine and Cabotegravir for one month before starting injections.

This will allow observing if they can safely take these new drugs. Each patient will be followed for 24 months.

“The purpose of the trial is to demonstrate whether this injection can do as well as the current tablet in terms of especially controlling the HIV virus,” the hospital said.

Beatrice Nyagol says Injectable ARVs work more of the same as family planning in the body.
Health
7 months ago

Kenyan scientist Prof Benson Edagwa has unveiled an ARV taken once in 12 months.
News
2 years ago
“WATCH: The latest videos from the Star”
by JOHN MUCHANGI AND MAGDALINE SAYA
News
08 April 2022 - 23:00