Mutua said that the party will devise a way forward.

•Mutua said that the party will devise a way forward. 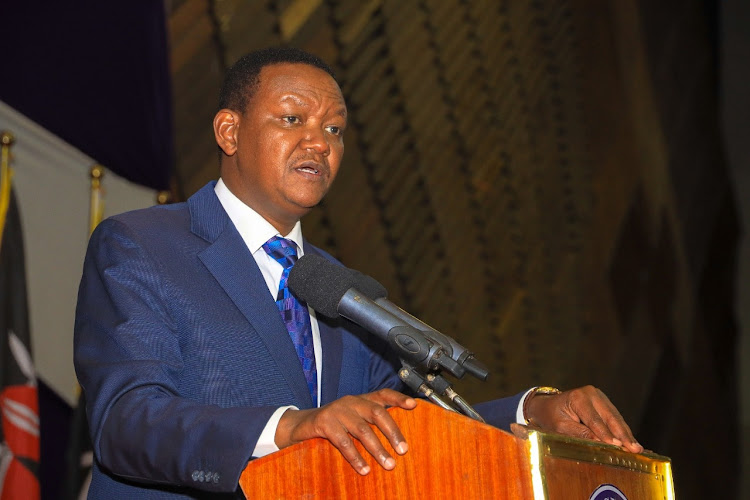 Maendeleo Chap Chap Party leader Alfred Mutua now says he has no trust left in the Azimio la Umoja One Kenya Alliance Coalition or any of the documents signed in its creation.

Speaking during the MCC Aspirants meeting at KICC on Thursday, Mutua said that the party will devise a way forward.

"To tell you the truth from where I stand as your party leader, I have lost faith in whatever document is coming out of here. I cannot trust. I do not know what they have or will deposit in the document," he said.

This comes a day after eight political parties in the Azimio -OKA Coalition threatened to bolt out of the outfit citing the lack of inclusivity in decision making meetings.

Mutua in his meeting with aspirants lamented that even though he sacrificed his ambitions for ODM leader Raila Odinga, he was left out in the signing of the Azimio-OKA document.

He added that the political parties making up the coalition did not agree on the Azimio La Umoja One Kenya Alliance name.

The Machakos county boss noted that attempts to access the coalition agreement document have been futile.

Mutua said when other party leaders asked about the coalition agreement and what was discussed, they were told to wait for answers.

In an interview with Citizen TV on Thursday morning, Mutua hinted that he could be on his way to Kenya Kwanza Alliance after he said that he is keeping his options open.

He noted that he missed a call from deputy president William Ruto on Thursday morning who he appeared to suggest was reaching out to him for a work relationship deal.

Mutua also revealed that Ruto allies have been reaching out to him to join the Kenya Kwanza side, something he said he would contemplate in the event the Azimio side fails to listen to their grievances.

8 parties in Azimio threaten to walk out, lament over lack of inclusivity