Raila: There is need to have oil reserves countrywide

Raila said that emergencies like fuel shortages are likely to happen more often.

• Fuel dealers on Wednesday announced that the fuel shortage might persist until next week.

•Raila reiterated that the fuel challenge is caused by the war between Russia and Ukraine. 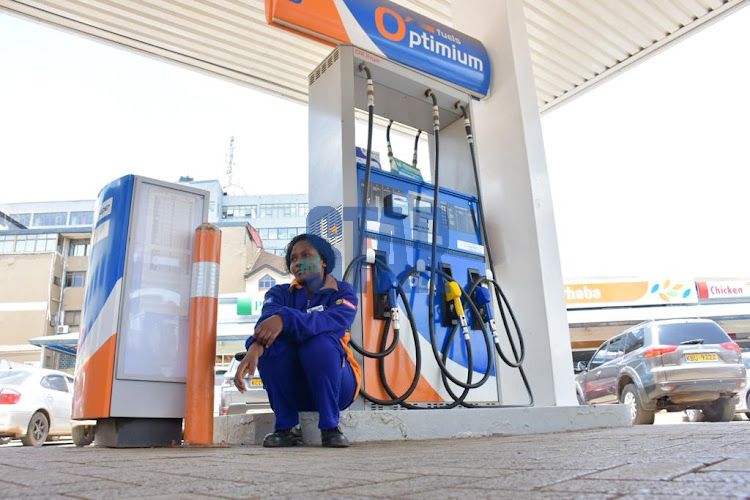 Fuel attendant Pamela Nekesa unable to serve customers after the station ran out of fuel on April 4, 2022.
Image: MERCY MUMO

ODM party leader Raila Odinga has proposed the need to have strategic oil reserves across the country to address cases of fuel shortage.

"This is why we have to be prepared as a country to deal with situations like these," he added.

He reiterated that the fuel challenge is caused by the war between Russia and Ukraine.

"The fuel crisis is a global issue caused artificially by a war that did not have to happen."

Further, the Azimio flagbearer has vowed to enact measures to cushion Kenyans from the effects of future global crises, should he be elected president.

He added that as a Prime Minister, he had constituted a task force in the Petroleum industry to deal with allocation and operational issues, taxes and petroleum products pricing control among others.

The ODM leader said the task force addressed the importation, storage and distribution of petroleum products in the country.

"They made sure that Kenyans did not suffer fuel shortage."

Motorists have experienced fuel shortage over the past weeks due to what leaders have claimed are the impacts of the ongoing global war.

Russia is among the World's biggest oil producers and the sanctions in place have led to the global energy crisis.

Failure to pay suppliers fuel subsidy fees has also contributed to the absence of fuel in some parts of the country.

This is despite  President Uhuru Kenyatta's allocation of  Sh34.4 billion in the supplementary budget to clear outstanding fuel subsidy payments to Oil Marketing Companies, on Monday.

Some fuel attendants were seen sitting idle after the stations ran out of fuel.
News
4 months ago