• Unhealthy diets and resulting malnutrition are a major driver of NCDs as what people eat has changed dramatically over the last few decades.

• This has been driven by shifts towards fatty foods, eating out and an increase in food portion sizes, combined with a lower intake of fruit, vegetables and high-fibre food. 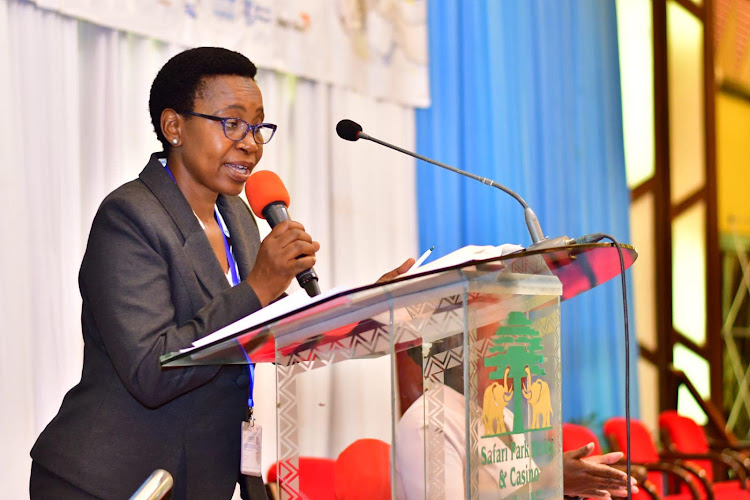 You might soon be forced to pay an extra coin for your fries from a fast food joint.

The stakeholders in the health sector are mulling introducing ‘sweet tax’ on fast food establishments.

The generated income will go towards curbing the growing burden of non-communicable diseases in the country.

Eating junk food has been linked to a higher risk of NCDs such as obesity, heart disease, stroke, type 2 diabetes and cancer.

Kenya has been battling with the rising burden of NCDs amid fears that the ailments might soon put a double strain on the healthcare system.

Data from the Health ministry shows that NCDs were responsible for 39 per cent of Kenyan deaths in 2020, up from 27 per cent in 2014.

“I see how we have been changing our dancing styles every time the music changes. If we don’t do that because contexts are always changing then we will not address the issues affecting communities in a changing environment,” Martha Nyagaya said.

Nyagaya who is the country director Nutrition International spoke during the closing of a three-day symposium on maternal and infant nutrition held last week.

The three-day conference brought together stakeholders in the health sector.

“We have street foods and we have an increasing prevalence of overweight and obesity particularly in urban areas.

"In Nairobi, if you walk two to five km you see, McFries, KFC, Dominos and on Sundays they are packed because that is what we are eating,” Nyagaya said.

According to NCD alliance, unhealthy diets and resulting malnutrition are a major driver of NCDs, as what people eat has changed dramatically over the last few decades.

This has been driven by shifts towards fatty foods, eating out and an increase in food portion sizes, combined with a lower intake of fruit, vegetables and high-fibre food.

However, Cafe Deli restaurant proprietor Obado Obadoh opposed the idea saying that will be infringement on people’s desire to choose what to eat.

Obadoh who spoke to the Star on phone said the joints exist because it is faster to produce en masse for a population that does not have time.

He said that would be taxing this population that does not have time, as time has become shorter because of work schedules.

“Food is something that people chose to eat. They choose, we don’t force anyone to eat anything,” Obadoh said.

The proprietor said people have a variety of places to go to and don't have to go to fast food restaurants.

“You can go to a traditional restaurant which is probably cheaper so it is not a forced thing, there are alternatives,” he said.

Also known as chronic diseases, NCDs are the result of a combination of genetic, physiological, environmental and behavioural factors.

The rise of NCDs has been driven by primarily four major risk factors: tobacco use, physical inactivity, the harmful use of alcohol and unhealthy diets.

The World Health Organisation estimates that, by 2030, deaths from NCDs are likely to increase by 17 per cent globally and by 27 per cent in the African region.

“Incidences and mortality from NCDs are rapidly rising. This combined with the prevalence of infectious diseases continue to put a double strain on the healthcare system,” Health CS Mutahi Kagwe said at a past event.

Speaking at the same symposium, experts raised alarm over the growing burden of obesity among women of reproductive age in the urban areas.

This is after it emerged that 33 per cent of women in the country are overweight and obese.

The rate of obesity among urban women stands at 43 per cent compared to 26 per cent among their rural counterparts.

The head of nutrition and dietetics at the ministry Veronica Kirogo said that counties in Central have the highest burden of obesity with Kirinyaga leading with 54 per cent.

43 per cent of urban women are obese — MoH

Experts decry increase in cardiovascular diseases due to poor lifestyles

Cardiologists alarmed by the increase in cardiovascular diseases in Africa.
Counties
7 months ago

Nairobi being the capital city is a fusion of different cultures and street food is becoming increasingly popular.
InPictures
5 months ago

Why you are always hungry at work despite sitting all day

Depending on a person's activity the brain uses at least 20% of the body energy..
Sasa
3 months ago
“WATCH: The latest videos from the Star”
by MAGDALINE SAYA REPORTER
News
05 April 2022 - 23:00