Most counties are not utilising funds, says Nyakang'o

•Last week, the Council of Governors through its Finance Committee chairman Nderitu Muriithi (Laikipia) said the Treasury is yet to release Sh98.97 billion to the counties.

•The amount, which includes Sh39 billion in conditional grants and Sh59.97 billion in equitable share, has accumulated for three months – January, February and March. 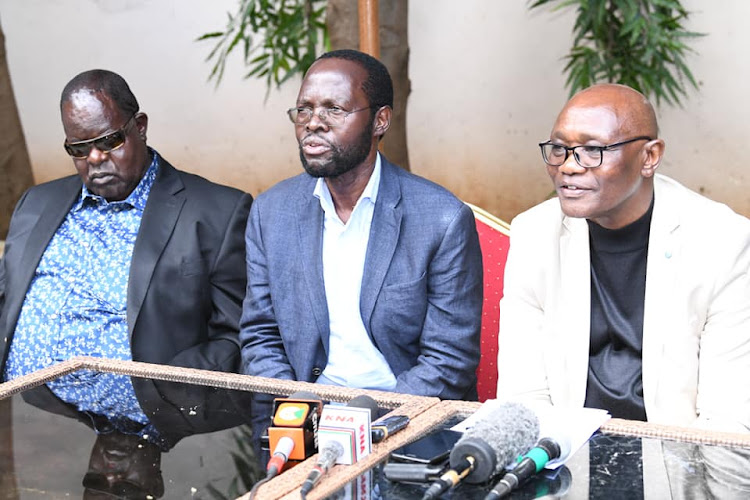 County governments should blame themselves for the delayed receipt of funds from the National Treasury, Controller of Budget Margaret Nyakang’o has said.

Nyakang’o said most counties are not utilising their funds, with some having billions of shillings lying idle in their accounts for months.

“Counties that are ready to spend their money get faster disbursements,” Nyakang’o told the Star on Monday, in the wake of complaints by the governors on the delayed release of funds.

Last week, the Council of Governors through its Finance Committee chairman Ndiritu Muriithi (Laikipia) said the Treasury is yet to release Sh98.97 billion to the counties.

The amount, which includes Sh39 billion in conditional grants and Sh59.97 billion in equitable share, has accumulated for three months— January, February and March.

Out of the Sh370 billion allocated to the counties in the current financial year, the Treasury has so far released Sh214.31 billion as of March 31, leaving a balance of Sh153.63 billion.

A report on the status of exchequer disbursement by the Treasury shows  Kwale and Lamu have 41 per cent each.

Laikipia has received 71 per cent of its annual allocation as of March 31.

Each of the devolved units should have received up to 75 per cent of its annual allocation.

The Senate and National Assembly had clashed over the Grants Bill, triggering a standoff that stalled the release of the grants.

However, the mediation committee of the two Houses passed the Bill last Thursday, paving way for the passage of the bill to unlock the funds.

Some counties have not received a penny from the Treasury since January.

Muriithi said the delays were affecting crucial operations and asked for the immediate release of the funds to avert a crisis.

Some Sh29.6 billion is owed to all the 47 counties for March.

Nyakang’o, however, accused them of not absorbing billions of shillings to their revenue accounts by the Treasury.

“Those that leave the money idle in their accounts means they do not requisition fast enough and they are not given anymore,” she said.

Governors have always said Treasury should not rely on the County Revenue Fund accounts balances to release the cash as sometimes the cash has been committed to various projects.

However, the budget controller rubbished the argument saying the funds should not lie idle when requisitions have been made and necessary approvals granted.

“So, you find people are owed from January, because of poor absorption,” she said.

Muktar has faulted the court ruling that reinstated his former boss saying that it came at a wrong time.
Counties
7 months ago

Why Controller of Budget has denied 10 counties cash

Projects worth Sh112.73 billion were not funded as the Treasury failed to release the funds.
News
1 year ago