“When I say I'm supporting Baba (Raila) I don’t mean the other people are bad." 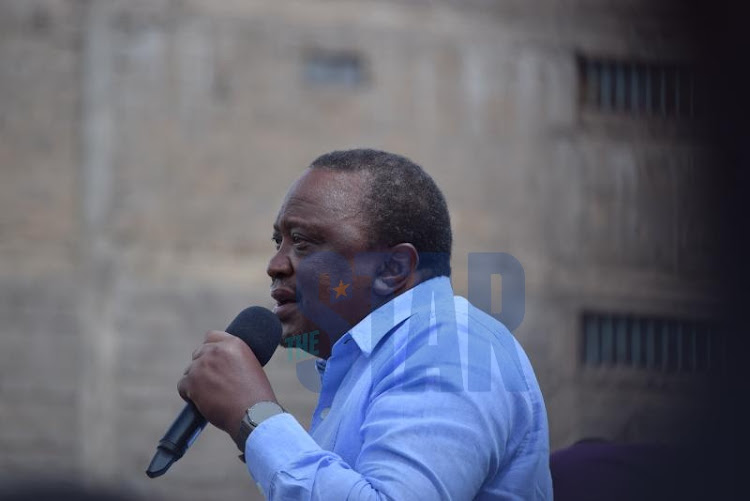 President Uhuru Kenyatta on Sunday warned politicians against insulting each other while on their campaign trails.

Speaking at a rally on Sunday, the president urged politicians to practice sobriety to avoid plunging the country into chaos.

“Those who think insults will give them votes will be surprised... Ask for votes with respect and in a peaceful way. Picking a side doesn't mean one becomes your enemy,” Uhuru said.

He noted that it was his constitutional right to decide on who he will vote for in the August 9 elections.

“When I say I'm supporting Baba (Raila) I don’t mean the other people are bad but I know why my vote is with him. That is my constitutional right,” he added.

Uhuru said his opponents took their campaigns to his backyard in Gatundu where they insulted him but he said nothing.

“They insulted me at my doorstep but I chose to be silent. If some people think insults will get them votes, they will be surprised. Do you understand me?” he asked.

I regret it failed, Moses Kuria says on Uhuru ‘impeachment’

He took a swipe at Uhuru accusing him of driving the country into economic ruins.
News
2 months ago

"What if Raila was injured in that attack? Kenya would have been on fire right now."
News
2 months ago
WATCH: The latest videos from the Star
by STAR TEAM The Star
News
04 April 2022 - 11:11