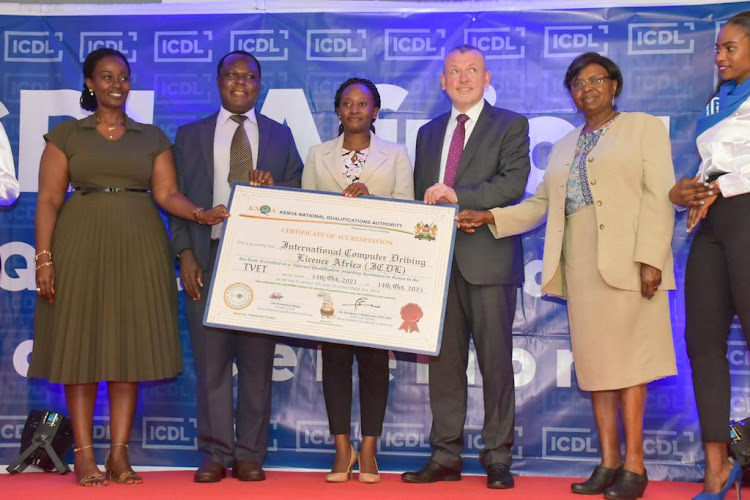 The qualifications authority wants institutions of higher learning to review their curriculum after every four years.

This, they say will allow universities to produce graduates whose skills match the market demands.

Kenya National Qualifications Authority CEO Juma Mukhwana said the journey towards a level ground between employers and graduates is ongoing.

The CEO said he is worried that there’s an increasing trend of skill mismatch in the employment industry.

“It’s not a one-day solution, it’s a process, a culture that we have to develop as a country to ensure that we transform and reform our curriculum every day,” Mukhwana said.

The CEO spoke on Monday during a ceremony to award a certificate of accreditation to the International Certificate of Digital Literacy at Sankara hotel, Nairobi.

This means the authority will recognise qualifications awarded by ICDL in Kenya.

Mukhwana also lauded the University of Nairobi for the reforms implemented recently that saw several courses being scrapped.

He said this means the university is responding to market demands and doing away with what is not needed.

“Part of our work as KNQA is to keep colleges on their toes to ensure the qualifications they are churning out are relevant to the current market,” Mukhwana said.

The CEO said there are jobs that fail to get employees who match the required skills.

This comes back to the courses being offered in universities which might no longer be of interest to any employer’s demands.

“Developing new programmes and qualifications is a new area which we have to look at because the market is changing,” he said.

ICDL Foundation CEO Damien Sullivan called on the adoption of digital skills which he said have proved to be a necessity for every citizen.

“I urge you all to focus on increased investment in digital skills. The pandemic exposed our weaknesses in terms of digital development,” Sullivan said.

KNQA is mandated to accredit and register national qualifications and award institutions, learners and professional bodies.

Most of the courses scrapped at UoN had not attracted students for the last five years while others were duplicated.

The courses cut across certificates, diplomas, bachelors, masters and Ph.D.

Says there is a need for universities to be in the frontline in solving the problems the country is facing.
Counties
8 months ago

Varsities urged to collaborate in research

Munene urged researchers to go beyond studying problems and help in policy making.
Counties
8 months ago