The 5G network in Kenya and its effects

The system is now being tested in four locations, with plans to extend to nine in the coming year.

• While the new milestone makes Kenyans early 5G adopters in Africa, there are still concerns about market and investor readiness for widespread adoption of 5G technology throughout the continent. 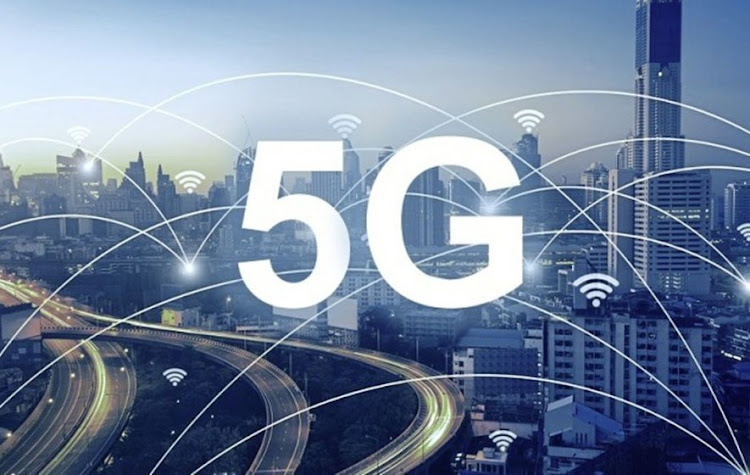 5G technology advantages are largely premised on increased internet speeds that are critical in such uses as in AI and connecting people with quality and fast speed services.
Image: IRISH TIMES

Kenya's mobile network operator, Safaricom, has built a 5G network. According to the Groupe Speciale Mobile Association (GSMA), an association representing mobile network operators throughout the world. It’s now the second African country to provide the technology to users. The system is now being tested in four locations, with plans to extend to nine in the coming year.

In 2021, the new 5G technology, which Safaricom introduced in Nairobi, Kisumu, Kisii and Kakamega, was planned to be extended to 150 locations across nine municipalities. The main purpose of the experiment, according to the telecom provider, is to provide access speeds of 700 Mbps, with ambitions to expand to over 1,000 Mbps.

While the new milestone makes Kenyans early 5G adopters in Africa, there are still concerns about market and investor readiness for widespread adoption of 5G technology throughout the continent. As a result, while widespread 5G adoption in the region has compelling potential, it may be a long way off. Telecom is implementing the initiative utilising Nokia and Huawei technology from Finland and China.

The fifth generation of technology for broadband cellular networks is known as 5G. It provides 100 times higher internet rates and reduced latency than 4G. Latency is the delay that users experience before the data transfer commences. It can also accommodate one million devices per km², whereas 4G is limited to 100,000. Kenyans are eager to learn how this new 5G technology will alter the way people interact and live.

Thus, the introduction has created quite a stir both offline and online. For Safaricom users, 5G technology is enabling new applications in fields like virtual reality (VR), augmented reality (AR) and artificial intelligence (AI). According to the Finnish vendor, it’ll also assist businesses in key energy, healthcare, education, transportation and entertainment sectors.

The increased speeds of 5G deliver fibre optic-like connections to households, with up to 940 Mbps internet speeds. This would be a major changer for African companies and institutions without fibre-optic connections, especially in a world where work, education and entertainment occur online. The pandemic showed the world how important being able to work and study online from home is, but it also sparked a new generation of entertainment – or rather drastically increased it.

Nowadays, even though society is opening up again and people are encouraged to resume "normal-life activities", many don't. Businesses have continued to let employees work from home to save costs. Parents and students who performed better in a home learning environment aren’t going back to conventional schools.

The entertainment sector might have had the biggest knock because people have become accustomed to being able to do things from the comfort of their own homes. While live concerts aren't very well replaced virtually – yet – things like shopping online instead of in-store, streaming online instead of going to theatres, playing video games instead of going to arcades and iGaming activities like playing at Casumo online casino have become the "new norm."

Adding that this has the potential to spawn innovative solutions, especially in the extraction industries like mining, oil and gas, and aid the continent's financial institutions and logistics sectors. Despite the predicted development and enthusiasm about 5G's possibilities in Africa, many are still questioning this type of technology's investor and market readiness. For mobile phone networks, the development outlay for 5G is also quite costly for mobile phone networks.

Pros and Cons of 5G

Cellular networks nowadays employ the most modern technology to deliver the finest services to mobile phone customers. In different regions of the globe, 5G networks are gradually replacing 4G networks, which respond to the demands of mobile phone users. The network helps individuals and developers to launch programs more quickly. So, what are the benefits and drawbacks of 5G technology?

Safaricom thinks their 5G network will be a critical piece of the jigsaw in enabling higher traffic from an expanded number of devices as Kenya's economy digitalises. The company's 5G network, according to reports, can accommodate up to one million devices per square kilometre, compared to 100,000 devices per square kilometre on the company's current 4G LTE network. This makes 5G ideal for delivering extremely fast internet speeds in densely populated locations and connecting thousands of linked devices, such as in production and logistics management processes.