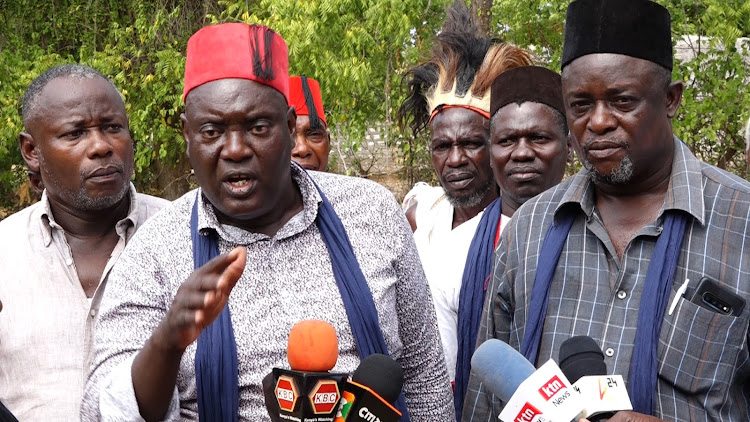 PAA spokesman Lucas Maitha with other leaders addressing journalists at the meeting in Magarini on March 31
Image: ALPHONCE GARI

Four Coast political parties have agreed to form a coalition that will help them win majority seats for governors and county assembly in the August 9 general elections.

The Kaya elders summoned all leaders and political parties at Magarini Cultural Centre on Thursday and urged them to unite and work as a team to deliver majority seats.

After a meeting that lasted more than three hours, PAA spokesman Lucas Maitha announced that they had agreed to form a grand coalition and they will work together in campaigns and the polls.

Elders were concerned that for Coast to have a strong political base the leaders must work together to rescue the region from lagging behind in development due to divisions.

Maitha, a former Malindi MP said they are now going to work on how the coalition will operate.

Key among the contentious issues to be discussed will be how to conduct consensus in fielding of candidates.

Another issue on the table is which presidential candidate the coalition will support.

“We thank the elders for summoning us, we have heeded their call and we have agreed to work together,” he said.

Ukombozi wa Majimbo spokesman Matano Chengo  thanked the elders for spearheading the unity agenda. He said the elders were not happy to see leaders divided.

“Each region is coming together to form a united front, we alsojoined together to ensure we avoid infightings,” he said.

Chengo said they have a presidential candidate as Ukombozi wa Majimbo but are in talks with PAA to see if they can support the Azimio la Umoja candidate Raila Odinga.

He said all conflicts have been set aside for the unity and success of the region.

Tsuma Nzai, the coordinator of Kaya elders said they wanted their political leaders to be  respected.

“We thank the leaders for respecting the summons though we condemn those did not attend even after we invited them for the meeting,” he said.

Nguma Charo a youth leader and Kaya fungo spokesman said he was happy the leaders have heeded to calls of elders.

He said their aim is to see politicians vying for the seats under Coast-based parties. 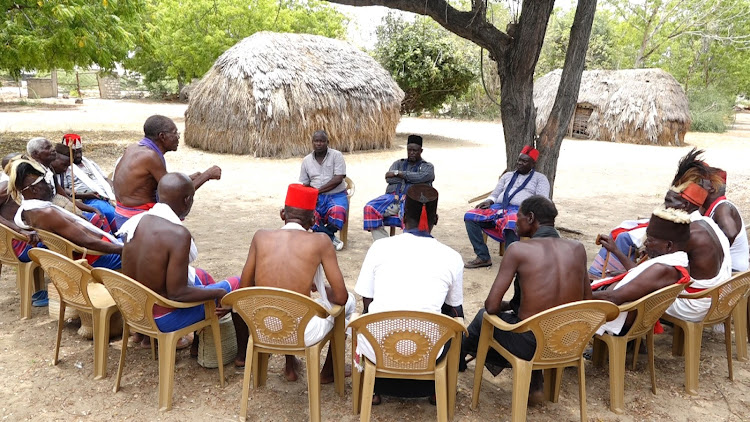 He was accompanied by his party secretary-general Naomi Cidi.
InPictures
4 months ago

They will form a coalition after the nominations and front one of them as the flag bearer.
Counties
6 months ago
“WATCH: The latest videos from the Star”
by ALPHONCE GARI Correspondent, Coast Region
News
01 April 2022 - 22:00