He said Waweru and Junet were not the promoters of BBI.

•He dismissed the argument that Dennis Waweru and Junet Mohammed were the promoters of the BBI.

•"There is some evidence of state involvement in the BBI process," he ruled. 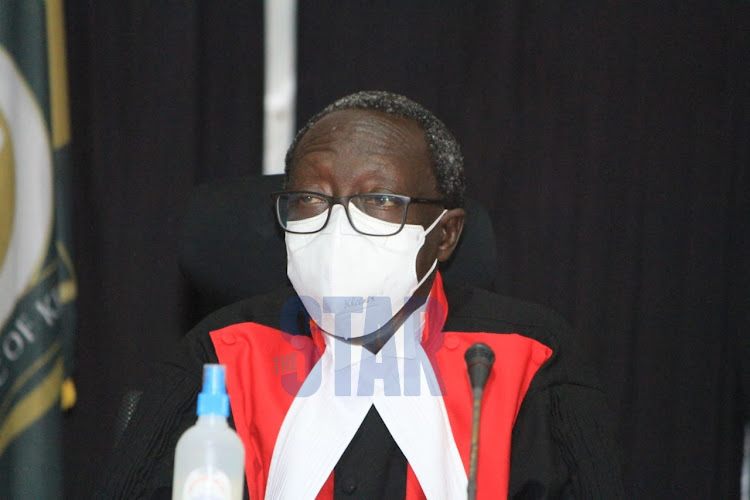 Justice William Ouko has ruled that popular initiative can only be carried by the people - ordinary citizens.

In his ruling, he said that the president commenced the process from its inception and then passed it to the Building Bridges Initiative (BBI) secretariat and he can’t act as an ordinary Citizen.

He dismissed the argument that Dennis Waweru and Junet Mohammed were the promoters of the BBI.

"There is some evidence of state involvement in the BBI process," he ruled.

"The president commenced and spearheaded the process and only passed the baton to the two co-chairs very late in the day, he cannot act as an ordinary citizen."

He ruled that the president cannot act as an ordinary citizen because he is not. "The entire process was irredeemably flawed."

Chief Justice Martha Koome also ruled that public participation was not properly done during the BBI process, especially on the second schedule of the Bill.

He also ruled that civil proceedings can't be instituted against the president during their tenure of office.

Jusge Ouko also agreed with CJ Koome’s finding that the basic structure does not apply to the Constitution of Kenya. He set aside the finding of the two lower courts on the issue of basic structure.

“In interpreting the Constitution, courts must give directives and not leave more questions than answers, thus they should ensure their rulings are unambiguous - not open to more than one interpretation,” the judge said.

He also ruled that Parliament cannot be used to amend the Constitution faulting the lower courts for using India’s constitution.

Anxious wait for Uhuru, Raila and Ruto ahead of BBI ruling